NHL News : Stephen Johns retires, reveals he is going through a dark time in his life.

A sad update from the NHL veteran. 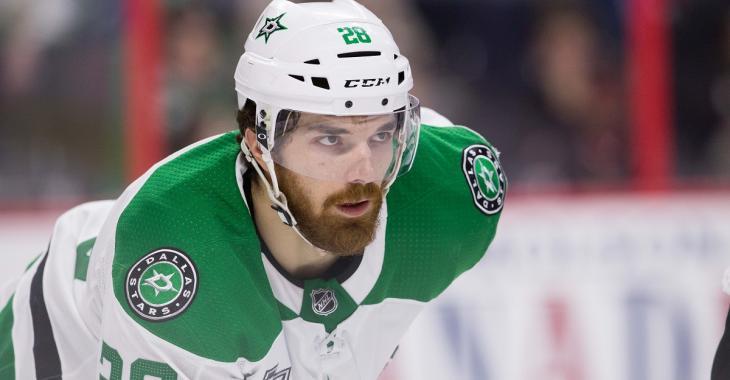 The end of your career in any profession is usually something to celebrate. After long years of hard work you finally get to walk off into the sunset and enjoy life, but for professional athletes a retirement can be something entirely different. Unfortunately it often comes as a major shock to athletes who struggle to adapt to normal life after their professional careers, and on Sunday former NHL defenseman Stephen Johns revealed that he was among those in this category.

The former Dallas Stars defenseman revealed in a message he published on social media that he has been struggling with mental health ever since he was forced to step away from the NHL, opening up about his struggles and vowing to turn them into a positive moving forward. Johns revealed that he has struggled with depression, even going so far as to suggest that it has destroyed his life, but also added that he is now determined to become an inspiration to others who are battling demons of their own in life.

Here is his message in his own words:

Someone asked me the other day what I like to do for fun… and I didn’t give him an answer, because I didn’t have one. I’m writing this post because I’m tired of letting depression destroy my life. The realization that my career has come to an end has really fucked with my identity… What I’ll miss most about the game of hockey is providing inspiration. So, I’ve decided to rollerblade and road-trip across the country to hopefully help others facing their own battles. I’ll be documenting along the way, to share my full story, because I know what it feels like to be alone. For me, I watched one video and it changed my life and made me want to do this crazy thing. If I can still inspire one person to climb out of their hole, then that’s a successful trip and exactly what I’m aiming for. Peace & Love.

Johns may be depressed but the reality is that he has a great deal to be proud of, having made it to the very top of his field as a defenseman in the NHL. He will retire with 167 regular season games under his belt and an additional 17 games in the Stanley Cup Playoffs, something many hockey players can only dream of. I hope that his efforts to combat the darkness in his life prove to be successful, as much for him as for the people he will no doubt be helping along the way if this next chapter in his life bears fruit.