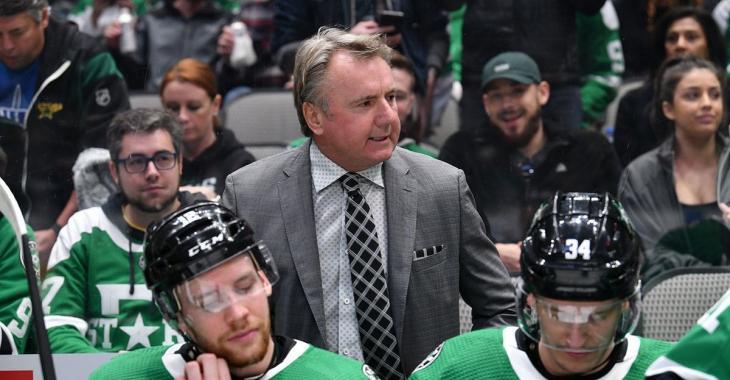 We have some rather stunning and concerning news to share with you tonight.

According to an official announcement from the Dallas Stars, head coach Rick Bowness has been pulled out in the middle of tonight's game against the Carolina Hurricanes for COVID related reasons. Now at this time we can't tell you if Bowness himself has tested positive or if he was merely in contact with someone that was infected or even just at risk, what we do know is that he will not be returning for the game's third period.

We also don't know if it was the National Hockey League itself that made the decision to have Bowness from the game or if the Stars organization themselves took the initiative after learning of something during the game at some point.

It's crazy to think that Bowness could have been behind the bench for several periods, potentially putting other members of his team and members of the Carolina Hurricanes organization at risk of infection. I'm certainly not blaming the man himself, no doubt Bowness was just as surprised as we are by today's news, but you would think that it would be a priority to get test results and things of this nature prior to the start of the game.

We don't have much more to go on here at this time, but rest assured we will keep you up to date on this story.

Update: NHL insider Elliotte Friedman is now reporting that Rick Bowness has been fully vaccinated, and furthermore that there is some belief that this may be similar to a situation in the NBA from last week when a false positive was attributed to Dallas Mavericks head coach Rick Carlisle, who had also been vaccinated.

Update: It has now been confirmed, by the Stars organization via general manager Jim Nill, that Bowness did in fact test positive and that the results were provided to the Stars during the game. The Stars believe that this is indeed a false positive so it sounds like they aren't super concerned at this time. Again Bowness has been vaccinated, which seems to be the reason they are confident this is a false positive.

One team gets out of Eichel’s sweepstakes!

Oilers & Leafs both make adjustments ahead of battle for first place.