NHL News : Stars and Preds game postponed, but not because of NHL protocols 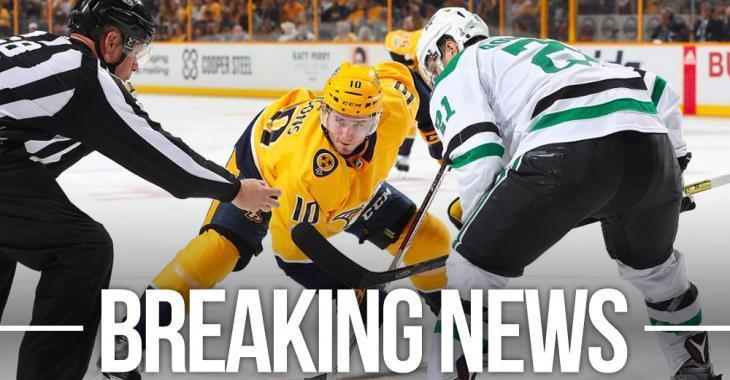 This just in, the NHL has postponed tonight's scheduled game between the Dallas Stars and Nashville Predators, not because of COVID-19 concerns, but because of ongoing power outages in the city caused by severe weather.

NEW YORK (Feb. 16, 2021) – After further discussions with Dallas Mayor Eric Johnson’s office, tonight’s game between the Nashville Predators and Dallas Stars at American Airlines Center is also being postponed due to the continued power outages in the Dallas area caused by severe weather.

A make-up date will be announced as soon as it can be confirmed.

That's a new one. Just when you think you've heard it all from the NHL this season, they find yet another way to postpone a game.

Red Wings release lineup for exhibition matchup vs. Blue Jackets
Subscibe to
Our NEWSLETTER
Receive the best articles of the web directly in your email