The NHL will handle communication on this matter. Uh oh… 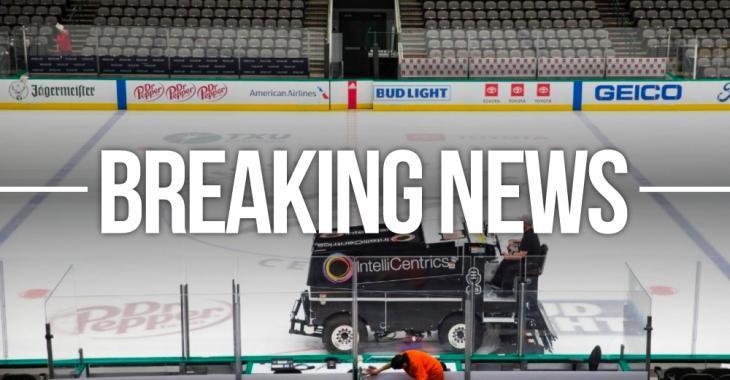 There is a weird vibe taking place in the National Hockey League on Friday. Not only did the Columbus Blue Jackets have held a number of players out of today’s scheduled practice out of an abundance of caution and in accordance with NHL Covid-19 protocols, but the Dallas Stars have cancelled practice entirely.

According to many team insiders, the Stars, who have a day off on Thursday, have abruptly cancelled practice on Friday as well and have refused to explain why. They will hold no media availability and it is believed that the NHL will handle communication on this matter. Uh oh…

Insiders Sean Shapiro and Saad Yousuf have been informed that this is because of COVID-19 protocols.

During training camps, teams are not permitted to identify any players who are unavailable due to COVID-19 testing, but once the season begins any player who tests positive will be identified and isolated away from his team.

The league defines close contacts as people who “have been within 6 feet of the Index Individual for a cumulative total of 15 minutes or more over a 24-hour period.” Close contacts who test negative are not subject to quarantine requirements as long as they are symptom-free and continue to test negative, according to the NHL’s protocol.

Report: NHL planning incredible American triple-header for opening night
Subscibe to
Our NEWSLETTER
Receive the best articles of the web directly in your email