We can hear the other teams fuming! 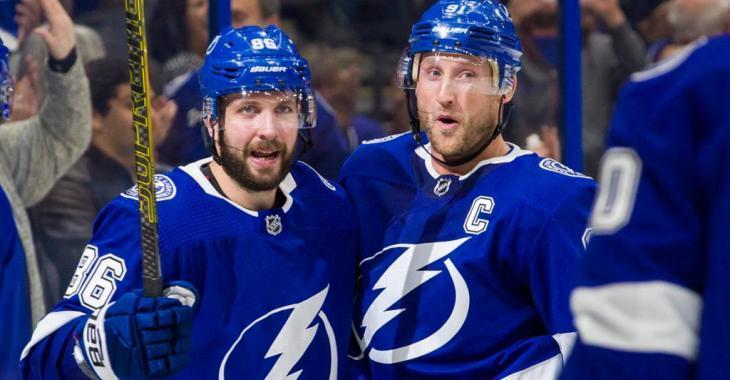 The Tampa Bay Lightning is once again busting the salary cap. However, once the Lightning utilize LTIR for Brent Seabrook ($6,875,000) the Lightning will be just barely under the cap…

It sounds all too familiar for the Bolts, who repeated as Stanley Cup champions, as the team was over the cap at the start of the season but managed to get under by placing star forward Nikita Kucherov on the LTIR to make room.

Sure, he needed time off with hip surgery and the recovery time, but he was back in time for the postseason where, well you guessed it, dollars don’t count.

While we don’t expect Seabrook to surprisingly return to action for the postseason, captain Steven Stamkos wanted to remind everyone of the Lightning’s strategy this spring when he talked to Mark Lazerus during the NHL Media tour.

When asked about Seabrook’s role on the team, despite being sidelined, Stamkos added insult to injury to get rival teams reacting to the Bolts’ smart ways of dealing with money.

“We were wondering, is he going to be playing for us in the playoffs?”

You got to admit this is hilarious for the two-time champion, but man, I can hear how rival teams and general managers are pissed.

Love action off the ice before the season starts!