The longtime Hockey Night in Canada broadcaster will take a back seat this postseason. 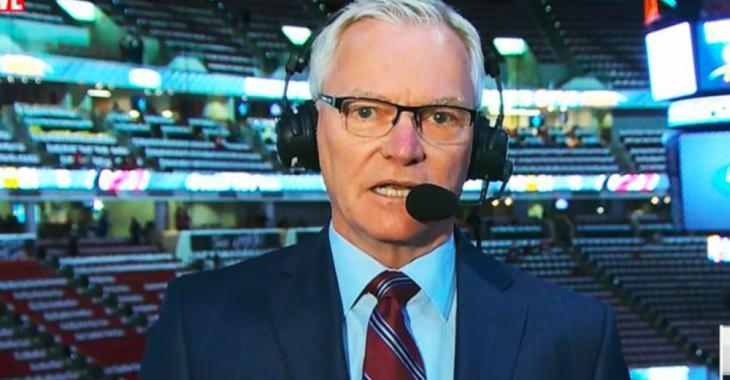 According to the details of Sportsnet's broadcast schedule announcement, longtime Hockey Night in Canada play by play man Jim Hughson will NOT call the action in the opening round of the Stanley Cup Playoffs for Sportsnet or CBC.

Toronto Maple Leafs vs. Montreal Canadiens – Play-by-play announcer Chris Cuthbert and game analyst Craig Simpson team up to deliver the call from Montreal and Toronto, with reporter Kyle Bukauskas serving up the latest news from the first-round series.

This will likely come as a huge relief to Leafs fans who feel that Hughson... well he doesn't exactly call the games the way Leafs fans would like. Many Leafs fans accuse Hughson of actively cheering against the Leafs while calling Leafs games. Personally, I'm not sure that's a fair assessment, but I do feel that Hughson ups his game when doing play by play for western Canadian teams. Specifically, Hughson seems to be really in his element when calling Vancouver Canucks games. And hey, wouldn't you know it... Hughson is a BC native who resides in White Rock, BC just south of Vancouver.