Is the 20 year old netminder the real deal? 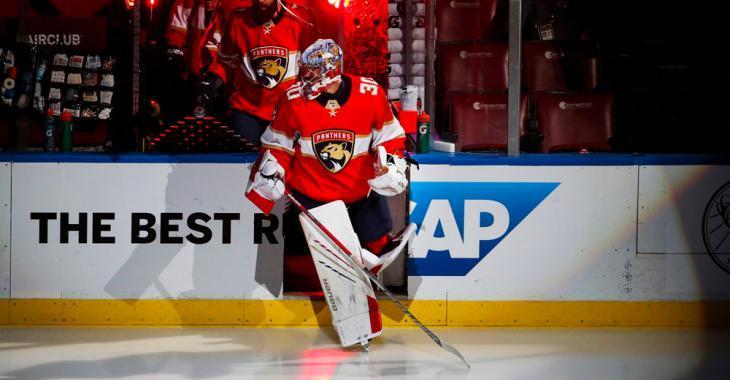 In case you missed it last night, the Florida Panthers managed to stave off elimination thanks in large part to rookie goaltender Spencer Knight.

The 20 year old goaltender made 36 saves en route to a 4-1 victory and pulled the Cats closer to even in their best of seven series Stanley Cup Playoff series against the Tampa Bay Lightning. The Lightning are still up 3-2 in the series, but Knight's arrival in the crease should provide the Panthers with a boost in Game 6 tomorrow evening.

First up, Knight became the first goalie to ever play in both the NCAA Playoffs and the Stanley Cup Playoffs in the same season.

Secondly, Knight became the youngest goaltender in NHL history to make his playoff debut in an elimination game.

It's still hard to believe that this kid is just 20 years old. He plays the game with the calm composure of a 10 year veteran. Case in point: Knight let in the first shot he faced last night and then turned aside the next 36 shots for an outstanding win. Take away that one shot less than a minute into the game and Knight played a perfect hockey game. An incredible feat at any age, but even more so for a 20 year old college sophomore making his playoff debut.

I mean, just look at him staring down Lightning superstar Nikita Kucherov with the game on the line:

That's some "ice water in the veins" type of stuff right there.

The problem with Knight's sudden emergence, of course, is that the Panthers never really planned on it. They have 32 year old Russian Sergei Bobrovsky signed to a monster contract that pays him $10 million per season for the next five years. Bobrovsky has been a massive disappointment since signing with the Panthers in 2019 and it was always expected that Knight would take over the reigns in the final few years of Bobrovsky's contract, but no one predicted Goalie Bob's play to fall off the way it has. At least the Panthers can take solace in the fact that they can be patient with Knight's development... just not during the playoffs. When the season is on the line it'll be Knight between the pipes, guaranteed.