NHL News : Something bigger was on Chara’s mind before he left the Bruins

This wasn’t an easy off season for the blue liner… 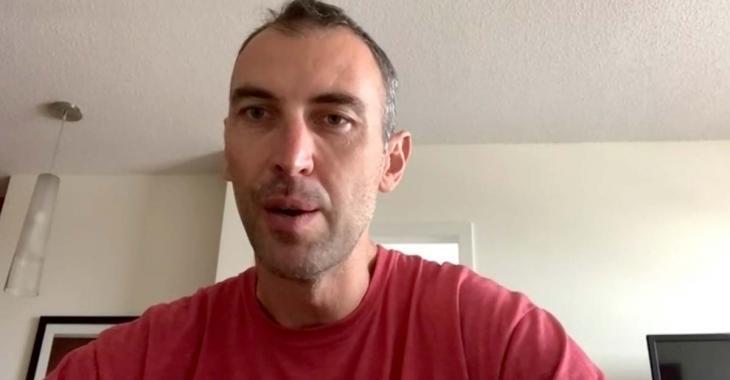 Last week, the shocking news came that veteran defenseman Zdeno Chara had signed a one-year contract with the Washington Capitals. The 43-year-old didn’t want to play a reserve role, and that’s why he left the Boston Bruins.

However, Elliotte Friedman reveals in his latest 31 Thoughts column on Sportsnet that the offseason was not easy on the veteran blue liner. While everyone believes Chara was thinking about staying with the Bruins or leaving the team he captained for the past 14 seasons, he was wondering if retirement was the right decision.

That’s right : Chara was not focused on a new contract, he was wondering if this was the right time to hang up the skates. Here is how Friedman explains it:

“When Boston was eliminated by Tampa Bay, the post-series Zoom calls were incredibly emotional. One reason that this group of Bruins won a Cup and reached two other Finals is they are determined and they care. But one source warned it was deeper than that: “They look like they know this might be it for this group,” he said at the time.

That’s proven prophetic with Zdeno Chara’s move to Washington. The hardest part of Chara’s off-season was not deciding where he was going to play, but if he was going to play. If not the Bruins, was retirement the best option for him and his family? Once he decided to compete, then he considered other options.

I’m not in any hurry to see him retire, and it’s foolish to underestimate his potential impact in Washington.”

In the end, Chara wanted a bigger role and that’s probably what made him realize that he isn’t ready to hang up the skates. It became even clearer when he negotiated with the Bruins. He didn’t want the responsibilities expected of the deal offered by general manager Don Sweeney. Money wasn’t an issue : Chara couldn’t imagine his workload decreasing as much as the Bruins hinted at.

As he mentioned in a recent article by Bruins insider Fluto Shinzawa of The Athletic, he feels he has a great opportunity in Washington to prove his worth.

“I decided that if I start skating and start going back to training, I will be very quickly honest with myself in case there would be some case of questioning or hesitation about going on the ice and doing all these routines and training I’ve been doing before,” Chara said. “That never appeared. I still have a lot of fun when I go on the ice. I love working out. I love working hard, getting ready, getting up in the morning and doing all that routine. To me, that was an indication I still have lots of gas left. I still want to go out there and do my thing. That’s my motivation: to still prove I can play.”

That sealed it for Chara and answered this huge question he spent all offseason asking before signing with the Capitals.