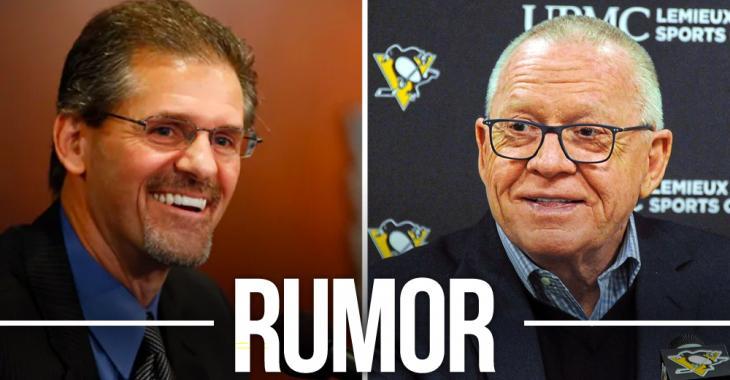 "It has been a great honor to serve as general manager of the Penguins, and to hang two more Stanley Cup banners at PPG Paints Arena," Rutherford said. "I have so many people to thank, beginning with the owners, Ron Burkle and Mario Lemieux, and team president David Morehouse. There always has been so much support from everyone involved with the Penguins, both on the hockey and business staffs, and, of course, from a special group of players led by Sidney Crosby. The fans here have been tremendous to me and my family. I know it's a little unusual to have this happen during a season, but just felt this was the right time to step away."

With Rutherford's abrupt resignation and with his age, naturally fans and analysts began to wonder if there are some underlying healthy issues at at play. Not so though says the vibrant Rutherford, it's simply time to step away.

There must be more than meets the eye here...

In any case, all the best to GMJR in retirement. You may not agreed with many of his most recent moves, but you can't deny the guy's impact over his entire career. There's a reason he's a Hall of Famer.

While assistant GM Patrik Allvin has been promoted to interim-GM status, it's expected that the team will hire a full-time GM to replace Rutherford. How does Philadelphia Flyers legend Ron Hextall sound as the Penguins' next GM? Weird, right? Well according to Sportsnet NHL insider Elliotte Friedman, Hextall is being looked at, along with a host of other prospective and former NHL GM's.

I gotta say... I'm an agent of chaos... and for that reason I would love nothing more than to see Peter Chiarelli as Sidney Crosby's next GM.

Breaking: Zdeno Chara has signed a new deal!
Subscibe to
Our NEWSLETTER
Receive the best articles of the web directly in your email