NHL News : Situation in Vancouver even worse than originally reported.

A horrible situation is even worse.

Published on Sunday, April 4 2021 by HockeyFeed in NHL News 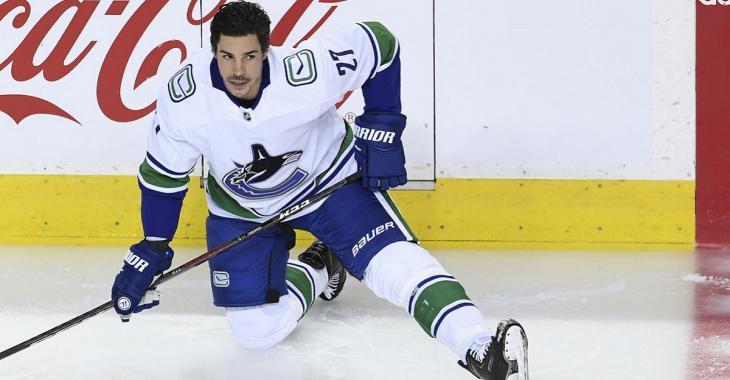 The situation in Vancouver may actually be even worse than originally believed.

On Saturday we brought you a report that a staggering 14 players for the Vancouver Canucks had thus far been placed on the National Hockey League's COVID protocols list, a sign that several of those players had tested positive. However there are ways to end up on the list without testing positive, so despite having this information available to us at the time we could only guess at the number of players actually infected.

On Sunday we got a clearer picture when NHL insider Darren Dreger revealed that more than 20 players and coaches had tested positive, while adding that the number of positive cases within the organization continue to climb, a sign that this number could grow even larger. As a result all of the Canucks' games and practices have been postponed with Dreger reporting that the league and the Canucks will take the next 5-7 days to assess how they will move forward from here.

It is not just the sheer numbers of this situation that are proving to be scary either. It sounds like in many of these cases the players are getting very sick, and one has to wonder what kind of condition they will be in even when they do eventually recover. Reports surfaced on Saturday suggesting that team medical personnel had to travel to the homes of some players to administer IV treatments, and now today we received more news on that front.

A report form Irfaan Gaffar, who spoke with several of the people currently involved in dealing with this crisis in Vancouver, revealed that family members are now getting sick and that some players are so ill that they can't even get out of bed at all.

"Absolute shock to the body," said an unnamed source as per Gaffar.

It really does make you wonder what in the world could have happened to cause such a massive outbreak among the Canucks? Not only is the virus spreading through their team like wildfire, but it would seem that no other team or even the NHL referees that have been overseeing their games have had any issues that even remotely resemble this case.