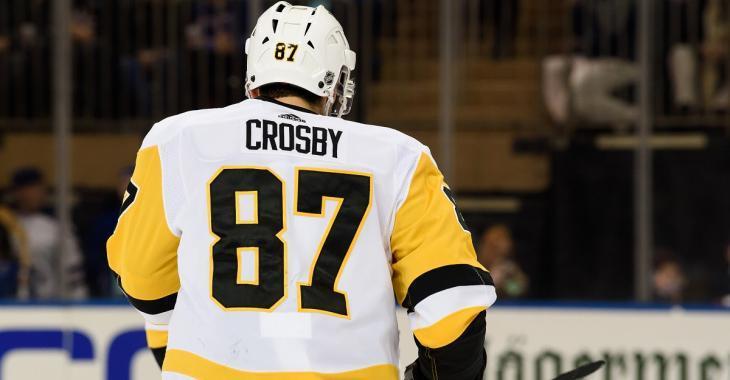 The Pittsburgh Penguins got some very good news on Saturday morning.

The Penguins hit the ice for practice on Saturday morning in their ongoing preseason preparations, but one very notable difference this time around was the presence of their captain Sidney Crosby. Crosby had returned to skating on his own following offseason wrist surgery, but Saturday marked the first time that he participated in a practice with his fellow Penguins also on the ice since the surgery.

This would appear to put Crosby ahead of schedule given that he was originally expected to be out for a period of roughly six weeks, a timeframe that would have him miss the start of the National Hockey League's regular season schedule. That may still be the case even now, however Crosby's participation in practice today certainly does seem like an indication that he may play sooner than was originally expected.

Penguins radio play by play voice Josh Getzoff captured this video of the captain's return to the ice on Saturday:

Another reason to suspect that Crosby may be destined for an earlier than anticipated return to the ice are the comments made by head coach Mike Sullivan as it relates to the health of his captain. Although Sullivan would not confirm it to a 100% certainty, he did indicate that he believes Crosby will be traveling with the team when they head to Florida. Furthermore Sullivan also indicated that he believes Crosby will participate in practice with his teammates there, another good sign when it comes to Crosby's recovery from the surgery.

"Don’t hold me to this, but I would anticipate he would go on the trip with us and be part of the team practices," said Sullivan while fielding questions from reporters on Saturday. "But I’m still working with our medical staff, and they’re advising us daily on how to proceed."

Unsurprisingly the Pens head coach also expressed the fact that he is very happy with the way the process has been going for Crosby thus far.

"He is on schedule, and it does indicate progress," said Sullivan. "That's obviously his first practice joining the group. I would anticipate more of that moving forward. We're real encouraged with the progress he's made to this point. He's in terrific shape."

Only time will tell if Crosby can indeed be ready for the regular season.

JP Barry, agent for Pettersson and Hughes, talks about contract negotiations and things do NOT look good for the Canucks
Subscibe to
Our NEWSLETTER
Receive the best articles of the web directly in your email