You can tell hockey is just a week away… 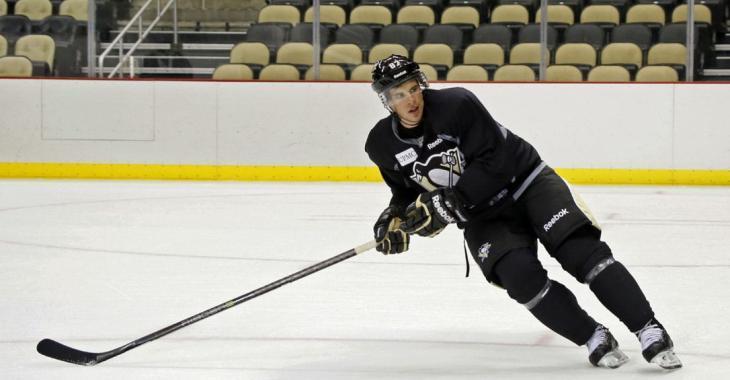 We stopped breathing. Quickly wondered what was happening and started researching the incident.

Pittsburgh Penguins insider Seth Rorabaugh for the Tribune Live got everyone rattled on Wednesday when he tweeted that captain Sidney Crosby had headed down the tunnel and left practice early.

Fans started looking at what might have happened to the star player, worried that it was something serious that would prevent him from suiting up a week from today for the Pens’ first game of the 2021 regular season as they face the Philadelphia Flyers.

Moments later, Rorabaugh was forced to admit that Crosby was back on the ice, skating and practicing like nothing happened.

Fans went nuts, warning Rorabaugh he couldn’t mess with them like this. Especially with the season just a week away.

This would have been another blow to the Penguins, who are still waiting on Kasperi Kapanen to show up at camp. General manager Jim Rutherford revealed late on Friday that Kapanen will not be present for the start of the team’s training camp on Sunday due to his immigration status. Kapanen returned back to Finland during the offseason and Rutherford revealed that complications were making it hard for him to return to Pittsburgh on time. The GM was even hesitant to say if Kapanen would be available by the start of the regular season.

“This is an immigration issue so I don’t have a timeline on it,” Rutherford added.

The clock is ticking, especially now that we know, per head coach Mike Sullivan, that Kapanen is likely to play on the right wing of the top line that is centered by Crosby this upcoming season. We bet the Pens would have like to see their chemistry ahead of the campaign during camp…

We can really feel that the season get underway soon with fans already so invested in their teams and star players. Crosby can’t even go to the bathroom without people freaking out!

Six GMs, including Ron Hextall, linked to Penguins' job
Subscibe to
Our NEWSLETTER
Receive the best articles of the web directly in your email