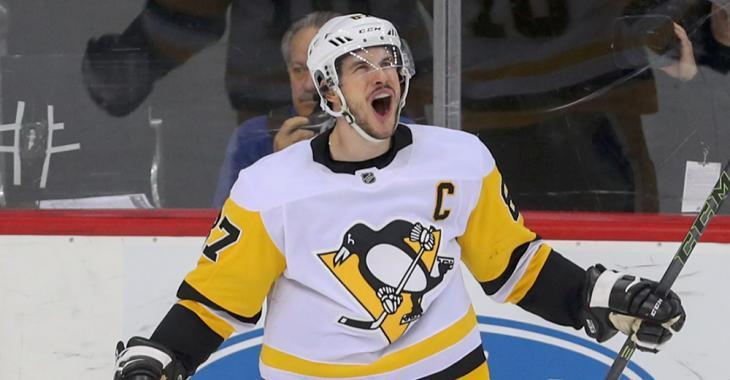 From the day that he was drafted by the Pittsburgh Penguins, forward Sidney Crosby was heralded as having the potential to eventually go down as one of the NHL's all-time great players.

And throughout the course of his career, he's lived up to those expectations. This afternoon, he's officially added yet another accolade to his already impressive professional resume.

Crosby is now the 2nd NHL player to average at least one point+ per game in each of the first 16 seasons of their NHL career. The other player to have accomplished the feat? None other than the Great One himself, Wayne Gretzky.

And he did it in exciting fashion, firing the puck from his opposite goal-line with mere seconds remaining on the game clock and connecting with the vacant Devils net with exactly 0.1 seconds remaining to seal a 4-2  win for the Penguins at PPG Paints Arena.

For reference, Crosby is now ahead of the likes of Mark Messier, Ron Francis, Marcel Dionne, and Joe Sakic, all of whom amassed 15 point-per-game campaigns. That's certainly some good company to be in.

And with his dramatic goal, Crosby now has 55 points in 47 games. Had this been a full 82-game schedule, Crosby would be on pace for 34 goals and 60 assists.

Afterwards, Crosby appreciated being mentioned in the company of two of the greatest to have ever laced up a pair of skates.

"Any time you're mentioned with Gordie Howe and Wayne Gretzky, that's pretty neat. It's also a reminder of how long I've played too. It's a compliment to be in that company," Crosby stated after the game.

He'll still have some work to do if he intends to have sole possession of the NHL record for most point-per-game seasons in League history. Gretzky himself did it 19 times, while the great Gordie Howe did so 17 times.

Crosby also passed fellow franchise legends Mario Lemieux and Evgeni Malkin for the most 20-goal seasons in team history. It's fairly safe to say that Crosby will be the last player in Penguins history to wear jersey No. 87 when his career ultimately comes to a close.

Sure, Crosby may not be "Sid the Kid" anymore, but he's continuing to make NHL history.

Lehkonen leaves the game after dangerous hit from Sergachev