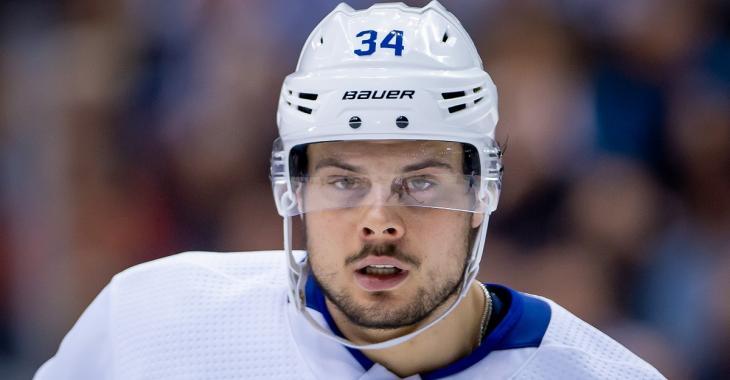 The Toronto Maple Leafs are set to take part in a very important match up on Saturday when they take on the Edmonton Oilers, the team with the most realistic chance of catching them for first place in the National Hockey League's North Division.

Unfortunately for the Maple Leafs they are coming into this one with a host of injuries on their roster, including injuries to some very important players on their line up. Thankfully for those very same Maple Leafs the news on Saturday was very good, although fans may view that somewhat differently given that there was some bad news sprinkled into the mix as well.

I will get the bad news out of the way first. On Saturday Maple Leafs head coach Sheldon Keefe confirmed that Leafs star forward Auston Matthews would not be suiting up for the game against the Oilers Keefe did not go into more detail regarding Matthews status, but did express confidence in his lineup in spite of the captain being absent.

"We've already played a game this season without Auston against the Oilers. Putting John and Mitch together, they've got a long history of playing together and having Joe available today will give our whole group a boost."

The Leafs however did get a boatload of good news on the injury front, although again for some fans the absence of Matthews tonight will no doubt overshadow the positives. Keefe also informed reporters that defenseman Jake Muzzin would be in the lineup tonight, we expect that he will be wearing a full face shield following the broken bone he suffered in his face, and tonight will also mark the returns of forward Joe Thornton and goaltender Jack Campbell to the Leafs lineup.

The Leafs currently boast a 4 point lead over the Oilers in the North Division standings and they also have an additional advantage over that team with one less game played on the season. That being said these head to head matchups between the two teams will either prove to be a way for the Leafs to gain ground on their adversaries, or the flip side could prove to be the most effective way for the Oilers to close the gap.

Kraken working to land two star players ahead of expansion draft!
Subscibe to
Our NEWSLETTER
Receive the best articles of the web directly in your email