The Leafs captain will remain in hospital overnight. 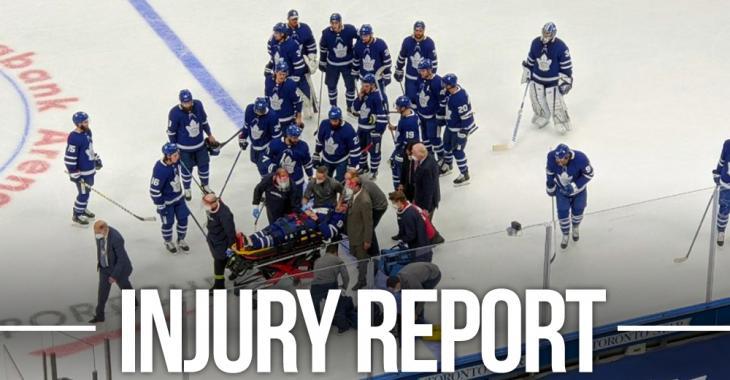 In case you missed it, an ugly scenario transpired in Toronto on Thursday evening during the opening game of the Toronto Maple Leafs and Montreal Canadiens playoff series after Leafs captain John Tavares got clipped in the head by Corey Perry's skate.

Tavares lost the puck after taking a hit from Habs defenseman Ben Chiarot and did a bit of a barrel roll while trying to maintain possession of the puck. Perry comes in late and tries to jump over Tavares, but appears to hit him square in the face with his skate or his shin pad. Tavares was down and out before an official blew the play down and called for medical staff.

Tavares was stretchered off the ice and following the game Leafs head coach Sheldon Keefe provided an update on the health of his captain. The good news is that Tavares is conscious and communicating, but he'll remain in hospital overnight for more testing.

Here's hoping that all the tests come back clear and that Tavares can get home to rest up and get himself to full health.