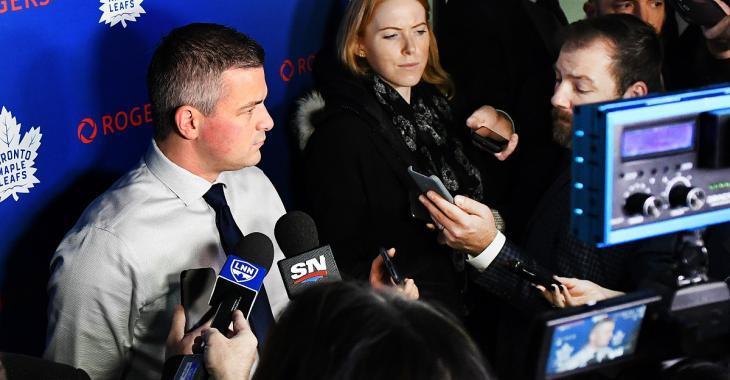 The Toronto Maple Leafs had something of a question mark when it comes to their goaltending heading into the playoffs, but if there was any doubt left about which goalie would get the start for the Maple Leafs in Game 1 of their first round series against the Montreal Canadiens, those doubts were dispelled on Sunday.

Even though the Maple Leafs still have several days between now and their first game of the series against the Habs, a game that will be this upcoming Thursday, Maple Leafs head coach Sheldon Keefe was very open about which goaltender he would be starting in the playoffs. Unsurprisingly Keefe will be going with the hot hand and announced to members of the media that Jack Campbell would be getting the start in spite of the return of former number one goaltender Frederik Andersen.

I mentioned the move comes as little surprise and that is due in large part to the struggles that Andersen had at different times over the course of the regular season. His injuries aside, Andersen recorded a 2.96 goals against average and an .895 save percentage this season for the Leafs, numbers that are significantly less impressive than those produced by his counterpart.

Although he only played in the later stages of the regular season, Campbell looked dominant in goal for the Leafs with a 2.15 goals against average and a .921 save percentage. Campbell only got a chance to take over the net thanks in large part to Andersen going down with an injury, but it would appear as though his performance during the regular season was strong enough to convince Keefe and the rest of the Leafs coaching staff that Campbell is the better goalie, at least for right now.

Campbell is clearly the right choice here, especially given the rumblings that suggest the Leafs could let Andersen walk away as a free agent this summer, however it is far from being a perfect option for the Leafs. Campbell has never played during a playoff game over the course of his entire career in the NHL, and there's no telling how he will react when the spotlight will be on him on Thursday.

Report: Massive scouts presence in Toronto tonight!
Subscibe to
Our NEWSLETTER
Receive the best articles of the web directly in your email