Robertson out for weks. 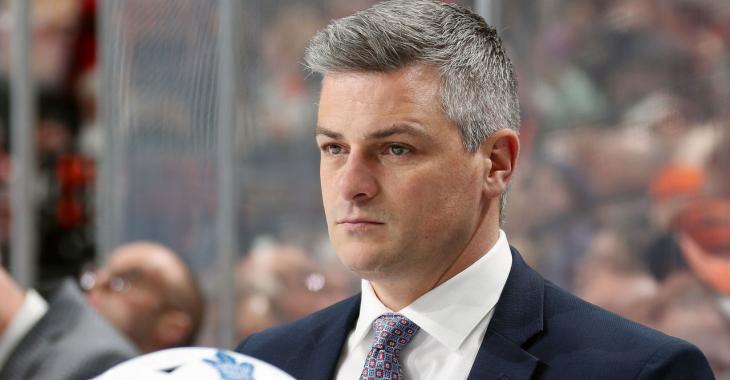 The Toronto Maple Leafs got some bad news on Monday morning, but if you listen to Maple Leafs head coach Sheldon Keefe that bad news is actually a positive from their perspective.

Maple Leafs rookie forward Nick Robertson suffered an injury just minutes into his National Hockey League debut over the weekend and fans and pundits alike were awaiting the results of an MRI that Robertson was scheduled to undergo on Sunday in order to know the extent of the injury. Keefe had indicated that the rookie would be out "for a while" following the game, something that the MRI has not apparently confirmed.

According to Keefe the Leafs got the news regarding Robertson's status at some point on Sunday, and they now expect the 19 year old native of Pasadena, California to need about 4 weeks to recover from that injury. That of course is a tough blow to the Leafs depth at the forward position, but Keefe called this "good news" for the Leafs when describing it to reporters.

This would lead me to believe that the initial fears from the Leafs were that Robertson had suffered an ACL or MCL tear within his knee, something that does not appear to be the case given the relatively short recovery window for Robertson's eventual return. I can certainly see why the Leafs had those fears however and it may be that he suffered a partial tear rather than a full one.

Robertson's knee went into the boards awkwardly when he was hit by Ottawa Senators forward Drake Batherson during the Maple Leafs' win over the Senators on Saturday night. Reports also indicated that Robertson was in agony on the bench following the hit, although the replays we have available only shot the hit itself.

Whether or not you agree that this is good news I suppose will depend on how much of an optimist you are.

"(MRI) results we got back were better than we, I guess we would classify it as good news, considering how it was looking. But he is going to miss some time, we figure it’s going to be at least four weeks. We took that as good news."