A huge loss for the Leafs confirmed. 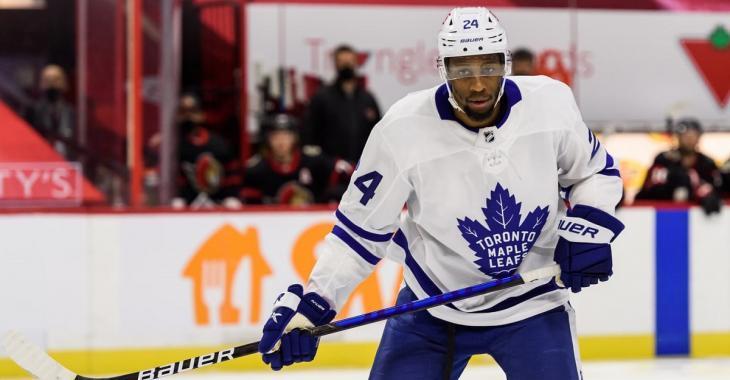 We had the news for you yesterday as a rumor, but now unfortunately things have been made official.

National Hockey League insider Elliotte Friedman was the first to report on Sunday that there was a belief veteran Toronto Maple Leafs forward Wayne Simmonds would be out for a number of weeks, and it would now appear that as usual Friedman's sources were right on the money.

On Monday morning Leafs head coach Sheldon Keefe confirmed that Simmonds had in fact suffered a serious injury, in this case a broken wrist, and that he would miss at least the next 6 weeks of the season as a result of the injury. The six weeks was also what Friedman had reported on Sunday so again full credit to the NHL insider for nailing this one.

What makes this that much worse for the Toronto Maple Leafs is this injury appears to have been something of a freak accident, one that of course could have been avoided. Simmonds suffered the injury on a seemingly innocuous play when Canucks defenseman Alex Edler fired off a clearing attempt up the ice, and struck Simmonds' glove in the process.

You can see how it played out in the replay below.

It was obvious from the get go that Simmonds was feeling the ill effects of the shot on his hand, but no one could have suspected that he had suffered such a serious injury. Simmonds appeared to be in pain on the bench and directed the trainers to apply a freezing or numbing spray to the palm of his hand and his thumb. The Leafs veteran obviously had a pretty good idea that he had been hurt, but I suspect based on this reaction that even he wasn't aware of just how bad it was at the time.

It looked initially as though Simmonds would remain on the Leafs bench, but with time winding down in the final period of a blowout over the Calgary Flames the Leafs opted to send him to the locker room instead. As it turns out that was obviously the right decision given what we have learned today from Sheldon Keefe about the injury.

Sabres insider entices Jack Eichel to undergo surgery anyway despite looming suspension!
Subscibe to
Our NEWSLETTER
Receive the best articles of the web directly in your email