Devan Dubnyk on the move. 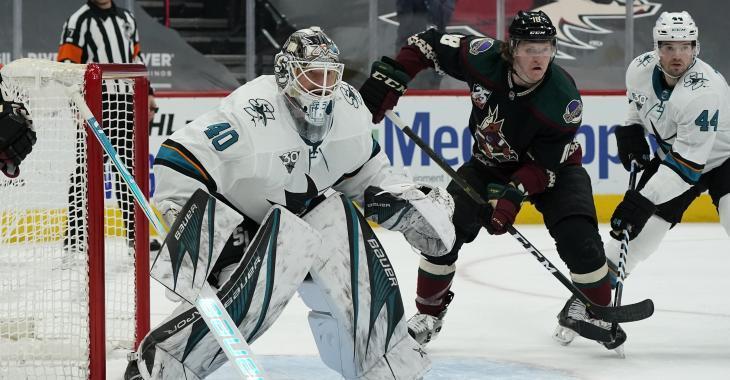 We have our second trade of the day to report.

According to a breaking news report from former National Hockey League goaltender Kevin Weeks, the San Jose Sharks have traded veteran goaltender Devan Dubnyk. Weeks reports that Dubnyk will be headed to the Colorado Avalanche and in exchange the Sharks will receive both defenseman Greg Pateryn as well as an undisclosed pick at the 2021 NHL Entry Draft.

The Avalanche have been dealing with some significant injuries in goal throughout the season and there was a strong sense that they would like to shore up their goaltending ahead of the deadline as they look to compete for a Stanley Cup this season.

Dubnyk however has not had himself an amazing season and I suspect that this move was designed to give the Avalanche some veteran depth in net, I don't expect Dubnyk will play a particularly big role moving forward.Dubnyk's season with the sharks has seen him make 17 appearances and over that stretch of play he has a 3.18 goals against average and an .898 save percentage, very pedestrian numbers to be sure.

Stay tuned for the full details on this trade.

Update: The return is now official, defenseman Greg Pateryn and a fifth round draft selection in 2021.

I suspect that the addition of Pateryn in this deal was purely for salary reasons, but I could be wrong in my speculation. The Sharks have slowly but surely been climbing their way back into the playoff picture, and it may very well be that they wanted the veteran defenseman in order to add depth to their blue line. That being said the Sharks are currently outside of the playoff picture with both the St. Louis Blues and the Arizona Coyotes ahead of them in the West Division for that final spot, and with Pateryn being a pending unrestricted free agent the move doesn't make a great deal of sense to be unless it was purely for cap considerations.

At 30 years old Pateryn ahs splint time between the NHL and the AHL this season, with no points over 8 NHL games and 3 goals over his 10 games with the American Hockey League's Colorado Eagles.

Report: New twist in Jack Eichel trade saga!
Subscibe to
Our NEWSLETTER
Receive the best articles of the web directly in your email