NHL News : Sharks forced out of their arena for scheduled home opener

The team will have a record of consecutive games on the road. 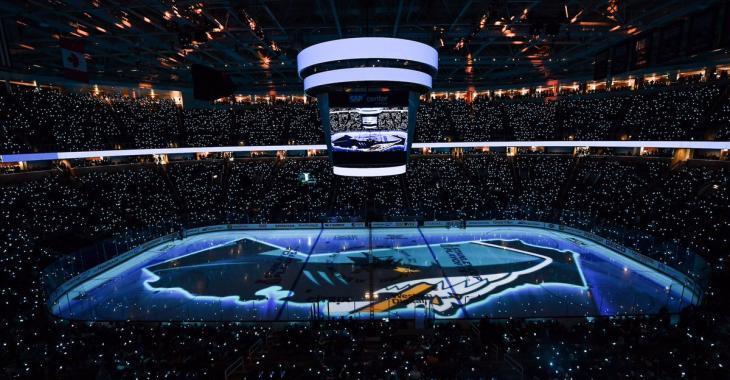 The COVID pandemic has been hard on everybody, but especially the San Jose Sharks in the National Hockey League, who were forced to hold training camps in Arizona and then sent on the road for many games in the first weeks of the season.

Indeed, the Sharks have yet to hold a home opener in 2021 because health restrictions related to the COVID-19 pandemic in Santa Clara County, California, include a ban on contact sports.

They are scheduled to return to San Jose and play their first home game against the Vegas Golden Knights at SAP Center on Feb. 1, but only if the county health restrictions are lifted. And according to Frank Seravelli, it is not likely to happen for these specific games.

“There’s an outside chance that changes. February 1st and February 3rd are still on the table for the Sharks to open their season in San Jose, but it remains unlikely. There’s a lot of work that would need to get done in the next 24 hours in order for the Sharks to return home.

Whereas Santa Clara County announced earlier this week that they will allow pro sports to be played in San Jose, the thing is their local restrictions are actually quite a bit more restrictive than the NHL and NHLPA, which is why the Sharks have had to work with those two organizations to try and get something done. Basically Santa Clara County doesn’t want those members of the Sharks out in the community while they’re at home.

And what they’re looking at here, if not they wouldn’t be allowed to return home until February 13th, having them open with an NHL record 14 consecutive games on the road.”

The Sharks therefore might have to play their home games at a neutral site or in another NHL arena.

So far, the season has started off on shaky grounds for the Sharks, who have a 0-0-0 record and wanted to come out strong despite being on the road for most of the first quarter of the calendar.

Last season, San Jose lost its first four games and was 4-10-1 through its first 15. After losing on New Year’s Eve, the Sharks were 17-21-3 and seventh in the Pacific Division.They ended the season as one of seven teams that didn’t qualify for the Stanley Cup Qualifiers, finishing last in the Western Conference with a .450 points percentage (29-36-5).

Blackhawks sign Bowey, immediately put him on waivers
Subscibe to
Our NEWSLETTER
Receive the best articles of the web directly in your email