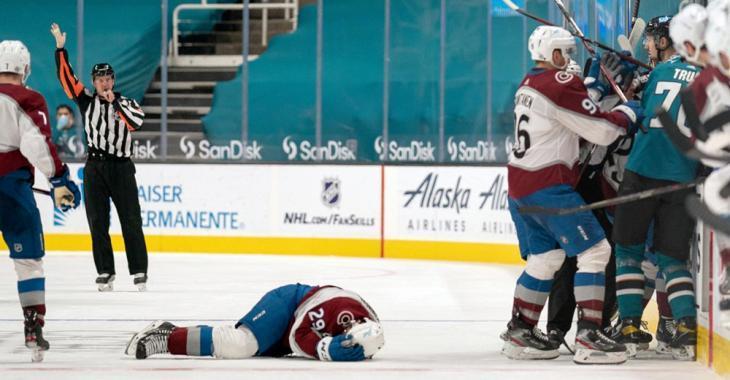 MacKinnon left the game and did not return, leaving Avs fans to think the worst about their superstar player. Avs head coach Jared Bednar confirmed after that game though that MacKinnon is "doing good."

"He seems to be doing good. I think we get lucky on it," he said, according to The Athletic's Peter Baugh. "...As of right now he seems to be fine."

That's certainly a relief, but you never know what sort of symptoms have surface a day later. Here's hoping Big Nate Mack can shake off any last effects because the juggernaut Avs just aren't the same team without him in the lineup.

Blichfeld, meanwhile, has been summoned by NHL Player Safety to explain himself later today.

I'd expect at least a game, possibly a two game, suspension for Blichfeld in this case. While he does hit MacKinnon squarely in the head with his shoulder, he doesn't appear to target the head and he doesn't go out of his way to make a late or dirty hit. To me, this is a matter Blichfeld trying to lay a big hit that just ends up riding up a bit high. Hopefully MacKinnon doesn't suffer any lasting effects and Blichfeld can learn from this unfortunate hit. More to come.