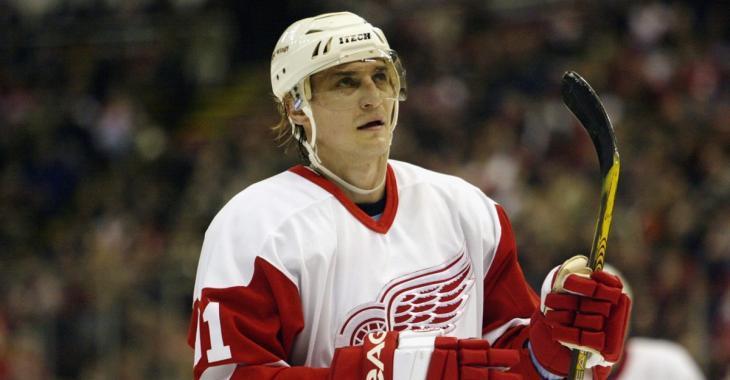 The 2022 Winter Olympic Games are now only a few short months away and, although none of the countries that will be represented at the upcoming hockey tournament that will be featured there have been unveiled, we now know that a number of high profile former National Hockey League superstars will be participating.

Over the weekend the head coach of Russia's national team, Alexei Zhamnov, made a blockbuster announcement when he revealed the names of some of the key figures in his management and coaching staff for the upcoming tournament. According to Zhamnov the team has named former NHL star Ilya Kovalchuk as their new general manager, a huge move for the talented Russian forward just months after winning the Kontinental Hockey League's Gagarin Cup.

I have to be honest I am not at all familiar with what kind of experience Kovalchuk may have accumulated overseas in order to prepare him for this role, but I suspect that the Russian national team would not have made this appointment without being confident that he can do the job. Not only do the Russians take the Olympics very seriously, but the sport of hockey is also near and dear to the heart of Russian President Vladimir Putin and as a result they no doubt want to bring home the gold.

Kovalchuk will be far from the only former NHL player helping guide the next generation of Russian stars through the Olympics however. Zhamnov also announced several huge names for his coaching staff, although what roles each man will be taking on at this time still remains relatively unclear. In total Zhamnov named 4 former NHL players to his coaching staff, with those being Sergei Fedorov, Sergei Gonchar, Evgeni Nabokov and Alexei Kudashov.

In Fedorov you have one of the most talented forwards to ever play the game, one that comes with over 1200 games of NHL experience.

In Gonchar you have a highly skilled former NHL defenseman, one who also boasts a wealth of experience with over 1300 NHL games under his belt.

In Nabokov you get you get a very long tenured goaltender in the NHL, one with just under 700 games to his credit.

In the case of Kudashov he only stopped by the NHL for a cup of coffee, playing 25 games with the Leafs back in the 90s, but he did have a prolific career playing in the Russian Superleague and eventually the KHL.

Quite the star studded lineup.