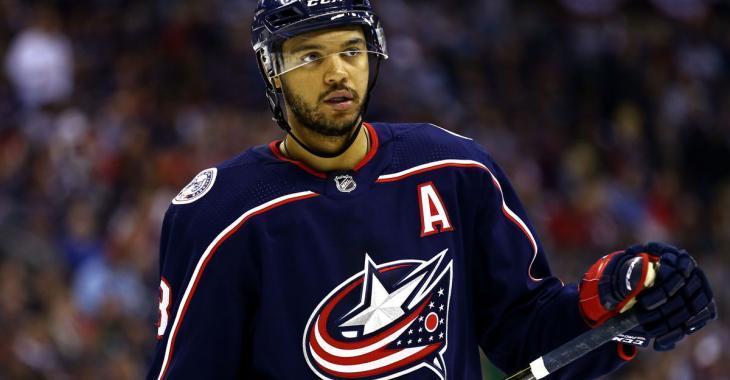 The Chicago Blackhawks have pulled it off, however it will cost them. The Columbus Blue Jackets have traded defenseman Seth Jones to Chicago.

The trade also comes with the announcement that they have inked Jones to a 8-year contract extension. This is eight years, $76 million ($9.5 million AAV) and heavy bonuses included in the deal. The contract will be official and signed and sealed on Wednesday when free agency opens.

In the trade return, defenseman Adam Boqvist is heading to Columbus, along with the 12th overall pick in Friday’s NHL draft and other pieces yet to be disclosed.

This is the full trade:

Jones is a bonafide top-pairing defenseman and when he revealed he would test free agency waters next summer and not re-sign with the Jackets, we knew a trade was coming. The Jackets have been looking to pull the trigger on a deal this summer, however contenders entering the Jones sweepstakes wanted to make sure that the blue liner will re-sign with them. We’ve recently heard that the Philadelphia Flyers were in the mix, however, word is that Jones wasn't looking to stay long-term in Philly. The Hawks got Jones’ attention last week when they completed a trade that shipped veteran defenseman Duncan Keith to Edmonton, and in the return package, the Oilers sent back defenseman Caleb Jones. Caleb is Seth’s younger brother.

The Blackhawks became frontrunners in these Jones sweepstakes as the blue liner was willing to re-sign in Chicago following a trade. The Hawks needed to pursue a prominent right-shot defenseman, and Seth now joins his brother in Chicago with a long-term contract. He has just one year remaining on his deal at $5.4 million. He was set to become an unrestricted free agent next summer before cashing in huge in the Windy City.

Jones tallied five goals and 28 points in 56 games with the Blue Jackets last season after posting six goals and 30 points in the same number of games in 2019-20. Drafted fourth overall by the Predators in 2013, Jones played three years for the Nashville Predators before being traded to Columbus for centre Ryan Johansen.

Robin Lehner doubles down on his accusations against Alain Vigneault.
Subscibe to
Our NEWSLETTER
Receive the best articles of the web directly in your email