NHL News : Sens put Chlapik on waivers, but no one can claim him!

The 23 year old former 2nd rounder would be a steal! 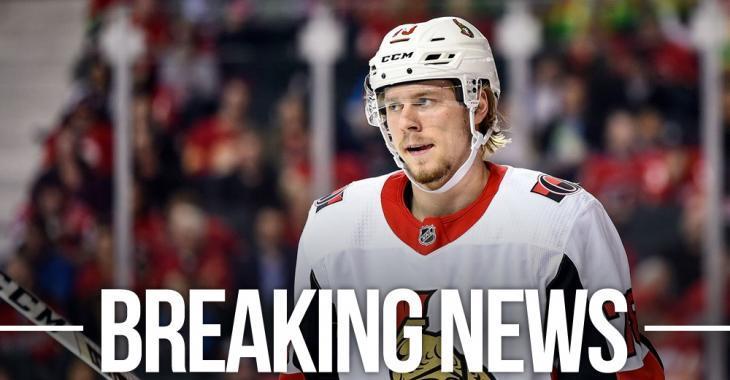 This just in, the Ottawa Senators have placed forward Filip Chlapik on waivers.

The 23 year old former 2nd round pick (48th overall in the 2015 NHL Entry Draft) has played just one game for the Sens this season but he managed to suit up for 31 games with the team last season. He put up 22 points in 37 games with the team's AHL affiliate last season. By all accounts Chlapik is a player on the upswing and exactly the kind of player the Sens should be holding onto. In fact, there's no way he goes unclaimed, right?

Well... there's a reason Chlapik is on waivers and it's because he and the Sens have agreed to rip up his NHL contract.

What this likely means is that Chlapik has secured a contract in Europe and is terminating his NHL deal in order to go overseas.