The Kraken appear to have their 1st official goalie in sight. 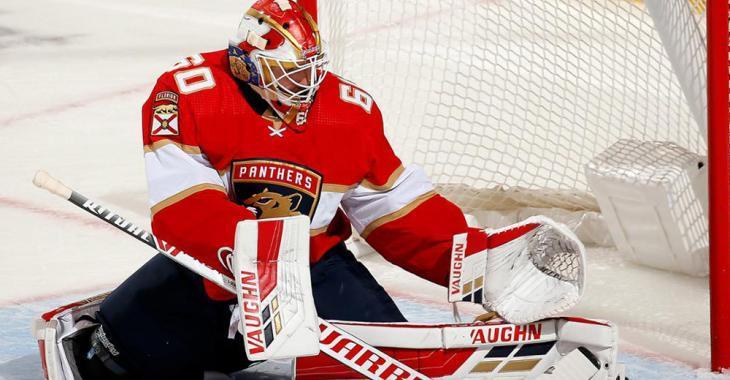 The 32nd NHL franchise is set to begin play in the Pacific Northwest this fall, and you can imagine they'll be looking to instantly set the hockey world on fire the same way the Vegas Golden Knights hit the ground running in 2017 (or hit the ice skating, however you want to look at it.)

And while there are several big name goaltenders that will be available for them to select in the NHL Expansion Draft, including the likes of Cary Price and Jonathan Quick, it appears as though they're already selected at least one of their goaltenders for the upcoming season.

According to multiple reports, the Kraken are closing in on signing Florida Panthers goaltender Chris Driedger, and will be locking him in to a three year, $10.5 million dollar deal

This of course built upon an earlier report from Pierre LeBrun:

Friedman was sure to include that this doesn't mean that the likes of Carey Price won't potentially be making his way to Washington state, but that the Kraken are simply locking in the 1st goalie in franchise history.

Driedger is an unrestricted free-agent and is coming off a two-year, $1.7-million deal with the Panthers, with whom he amassed 2.07 goals-against average and .927 save percentage in 23 appearances last year and outplaying the hefty contract of fellow goaltender Sergei Bobrovsky, whom to say has been an underachiever since his arrival in the Sunshine State would be a massive understatement.

A native of Winnipeg, Driedger was selected in the third round (No. 76 overall) in the 2012 NHL Draft by the Ottawa Senators, and he'd make his NHL debut during the 2014-15 NHL season against the New York Rangers. He would later agree to a free-agent deal with the AHL's Springfield Thunderbirds, who were at the time the AHL affiliate of Florida. He also split time with the ECHL's Manchester Monarchs.

His 1st career start was a shutout, making 27 saves against the Nashville Predators in November of 2019.