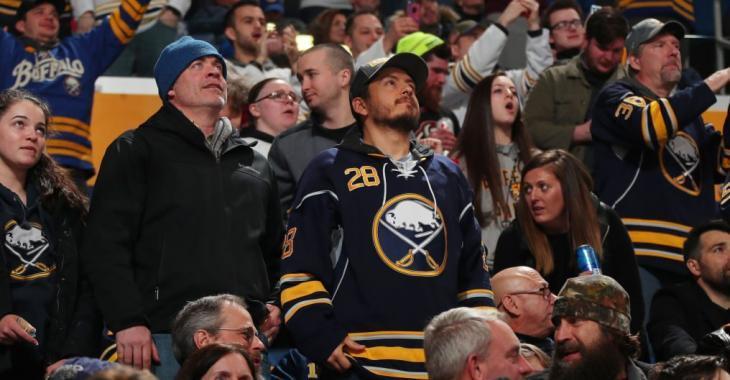 This has to hurt the Buffalo Sabres more than the defeats… The Sabres dropped their ninth in a row on Thursday night and saw their record drop to 6-15-4 as they sit last in the MassMutual East division.

Fans are sick of their performance and sent the team a clear message on Friday. The Sabres are getting ready to get nearly 2,000 fans to their home game against the Boston Bruins on March 20 and season ticket-holders were given first dibs. However, team insider John Vogl of The Athletic reports that the Sabres couldn’t even find enough of them to buy tickets to the game.

The fanbase isn’t interested in watching their team lose even if it’d give them the opportunity to see star players like Patrice Bergeron, Brad Marchand and David Pastrnak in action. They want nothing to do with it.

The team still thinks the Sabres are worth the price of admission, even more actually. According to a fans, tickets are going for much higher than its normal value.

The Sabres have no choice in order to get money in their pockets as season-holders aren’t interested in supporting them.

Dallas Stars announce they will host 5,000 fans to start the season!
Subscibe to
Our NEWSLETTER
Receive the best articles of the web directly in your email