Where is Sean Couturier ?! 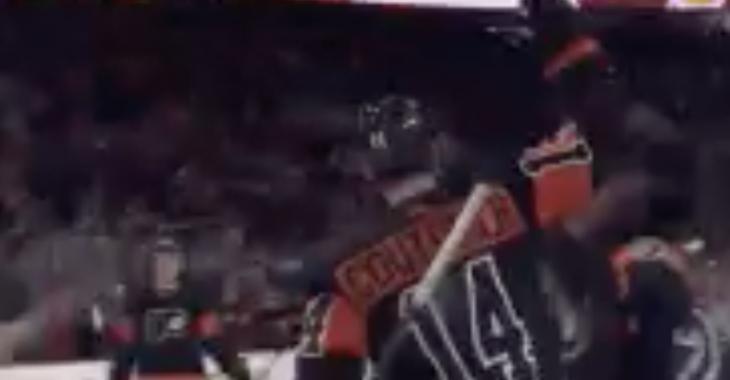 Philadelphia Flyers fans started freaking during the first period of the game against the Pittsburgh Penguins despite the fact that their favourite team took an early 3-0 lead.

The Penguins did score two goals ahead of the first intermission, however, fans were more focused on the fact that they couldn’t find forward Sean Couturier on the ice.

It appears that Couturier hasn’t been on the ice since 1:38 into the game. He was not on the Flyers’ bench as the second period got underway. The team has yet to give an update on what’s happening with the star forward, though many believe he might have injured his left shoulder during the first period after he took a hard check from Jared McCann.

This is the hit in question. Check it out:

He’s been away for so long, that this cannot be an equipment issue.

UPDATE: The Flyers announced after their 5-2 victory against the Penguins that Couturier will get an MRI on his shoulder on Saturday and have another update in a couple days, per head coach Alain Vigneault.