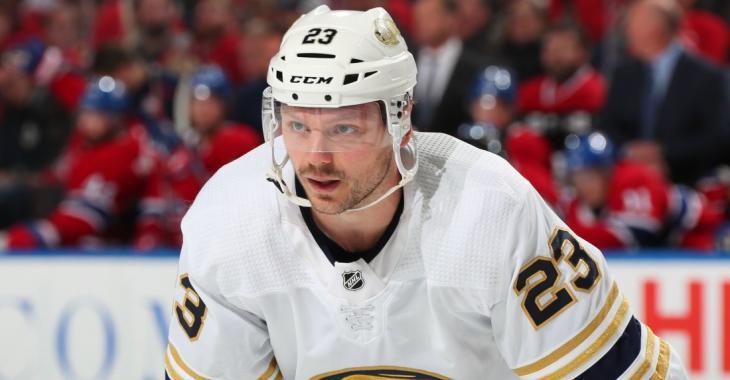 There is a serious shift in Buffalo as several Sabres players are looking for a way out. One of them, besides captain Jack Eichel whose name has been repeated in trade chatter, is Sam Reinhart. The versatile forward is a restricted free agent who can effectively play centre and wing and is looking for a new start elsewhere in the league.

Reinhart finished this season with 25 goals and 40 points in 54 games on one of the worst teams in the league. He is already receiving a lot of interest on the trade market and could allow the Sabres to get another first-round pick in a return package.

While things may be looking up for Reinhart to kick off the 2021-22 season in a different uniform, his reputation took a hit on Thursday when Paul Hamilton came on the air of SN650 to reveal how "unpleasant Sam Reinhart is with the media, says he has also seen him be rude to team personnel like PR people, trainers and equipment staff.”

Some teams won’t care for that information, while others might find it unappealing to get a guy that is hard to work with. This could affect the decision of teams in the running for his services, because, no everyone wants to deal with a jerk.

Reinhart has arbitration rights, but remember, he wants out. Let’s see if he has a better attitude with a team he wants to play for…

Red Wings and Oilers linked in trade talks, but Elliotte Friedman reports Oilers may be outbid
Subscibe to
Our NEWSLETTER
Receive the best articles of the web directly in your email