The first suspension of the playoffs. 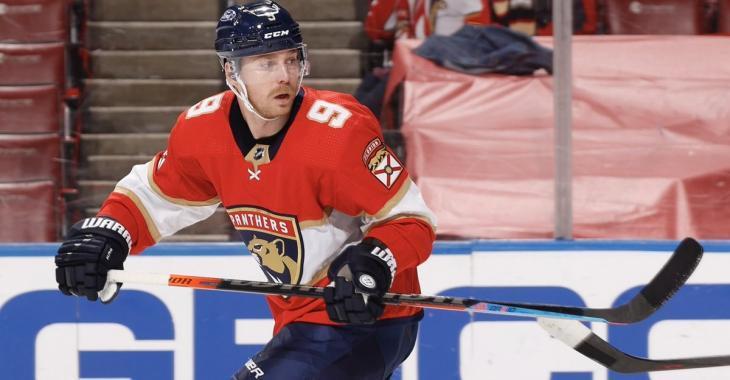 The National Hockey League's Department of Player Safety may be on the verge of handing down it's first suspension in the 2021 Stanley Cup Playoffs.

According to an official announcement on the part of the Department of Player Safety, Florida Panthers forward Sam Bennett will have a hearing today following Game 1 between the Panthers and the Tampa Bay Lightning on Sunday night.

During that game Bennett delivered an ugly looking hit to Tampa Bay Lightning forward Blake Coleman, one that only resulted in a two minute minor at the time of the incident. It would appear as though the league did not agree with the minor penalty that was assessed on the play and it would now appear as though Bennett will miss at least one game in this series as a result of his actions. This is of course not great news for the Panthers who were unable to pick up the win in what was a very exciting and physical Game 1 of the series.

For those of you who have not seen the hit, here's a slow motion replay from an angle that shows just how dangerous this hit on Coleman truly was.

I suspect that the Lightning may have petitioned the league to step in here, especially given the comments made by Lightning head coach Jon Cooper following the game. Cooper was clearly heated when discussing the hit and he went so far as to call it "predatory" implying that Bennett would not have delivered the hit unless he was trying to hurt his player.

Although the hit does look pretty bad I would be surprised to see Bennett get anything beyond a single game here, if only because this is playoff hockey that we are talking about. The NHL has traditionally viewed playoff games as more important and suspension lengths tend to be halved during the playoffs as a result. That is to say, if the league viewed this as a 2 game type of hit, it would only result in a single game suspension due to the fact that playoff games are twice as valuable in the eyes of the NHL.

Stay tuned for more details as the hearing is expected later today.

Alex Galchenyuk, Paul Byron, headline a busy day on waivers.
Subscibe to
Our NEWSLETTER
Receive the best articles of the web directly in your email