NHL News : Sabres working on Eric Staal trade to ship him to Canada! 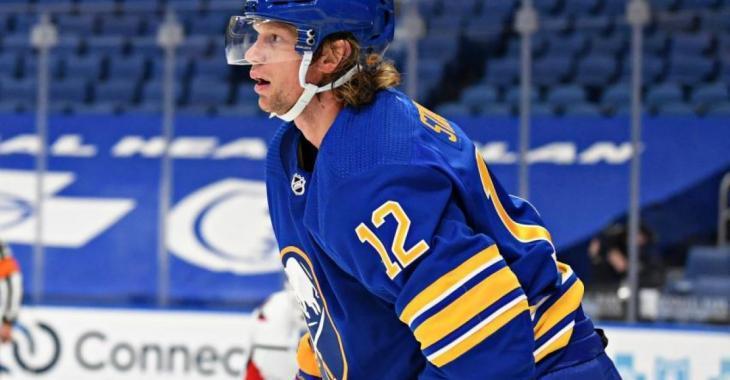 The veteran forward wanted out of Buffalo and it looks like he may get his wish.

TSN’s Frank Seravalli is first to report that the Buffalo Sabres are working on trading Eric Staal. He mentions that the Montreal Canadiens are the leading contender to get him.

Seravalli has yet to reveal what the return would be.

Earlier this month, it was revealed that Staal would be willing to go pretty much anywhere, loving the chance to compete for a contender.

To acquire him from the Minnesota Wild this offseason the Sabres gave up third-line forward Marcus Johansson.

Staal will be an unrestricted free agent at the end of the season. In 32 games for the Sabres this season, he has recorded three goals and 10 points. In the last few games, Staal has been serving as the team’s top center between Taylor Hall and Sam Reinhart.

The veteran forward is expected to give the Habs needed depth at the center position behind Philip Danault and Nick Suzuki. Staal will also bring good leadership to the Canadiens’ dressing room.