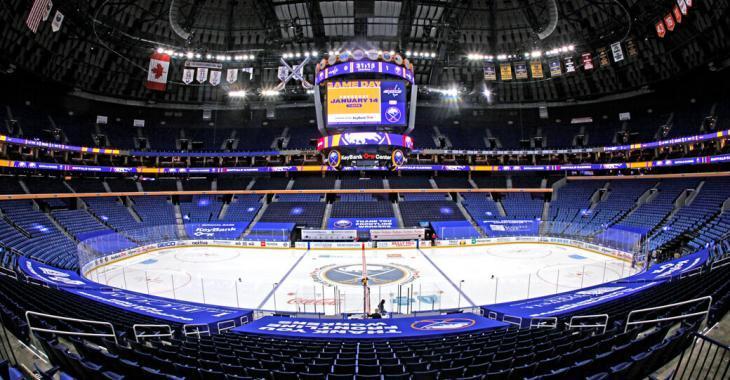 Geez… can the Buffalo Sabres catch a break?

On Thursday morning, the Sabres had to urgently cancel practice the morning skate because “a member of the team’s hockey staff had entered Covid-19 protocols.” This was reported by many of the team’s insider, including Mike Harrington.

The Sabres are set to face the Boston Bruins tonight. The Bruins were also forced to cancel their morning skate.

A source informed Harrington that "are going through normal contact tracing and testing to figure out what’s next. No determination has been made on tonight’s game."

Krueger was dismissed just  two weeks after general manager Kevyn Adams stated that he was evaluating the entire operation, including the coach, with the Sabres in jeopardy of extending their playoff drought to an NHL record-matching 10th season.

Today’s bad news could force the Sabres to miss more games. They already had to postponed some games this season due to COVID protocols.

While John Shannon first believed the game was postponed, it was revealed and confirmed that, after further testings, tonight's game would still take place.