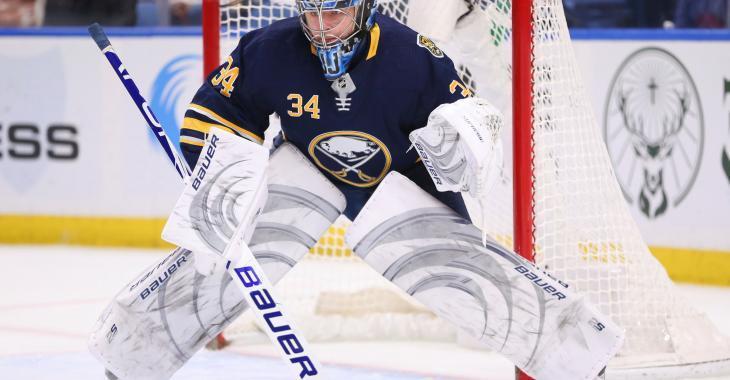 The Buffalo Sabres have traded goaltender Jonas Johansson to the Colorado Avalanche. It was first reportes by Kevin Weekes of NHL Network, who has yet to reveal the return.

Johansson’s name had strangely garnered interest from around the NHL and things heated up quickly on Friday when the Sabres signed goaltender Michael Houser to a NHL contract, hinting at the chance that there could be a move coming in net.

The 25-year-old goalie was the Sabres’ third round pick, 61st overall back in the 2014 NHL Draft. He played 13 games in the past two seasons, showing a record of 1-8-2. In his time with the Sabres, Johansson put up a goals-against average of 3.40 and an .888 save percentage.

John Vogl, who has been a team insider for the past 19 years also commented on the trade first reported by Kevin Weekes and stated the bold statement: "I can say without hesitation that the Avs are getting the worst goalie I've seen during my 19 seasons covering the Sabres.

He doesn't stop pucks in practice or games."

He becomes a great third goalie option for the Avalanche ahead of the postseason and insurance depth in between the pipes. Though Vogl doesn't think much of him...

Laine trade rumors pick up steam, reports of at least one offer on the table
Subscibe to
Our NEWSLETTER
Receive the best articles of the web directly in your email