NHL News : Sabres talking to Habs about 6 pieces in return in Eichel trade! 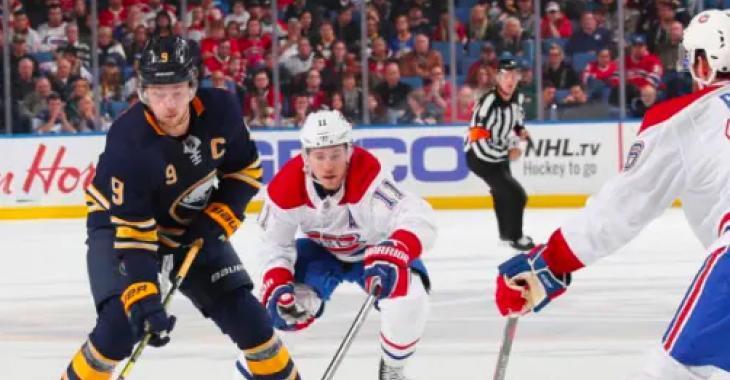 We are still waiting for the Buffalo Sabres to trade their captain Jack Eichel, but the sense here that we might keep waiting a while with the team’s asking price!

On Tuesday, it was reported that the Sabres had demanded for the Vegas Golden Knights to give Reilly Smith, Peyton Krebs, Nic Hague and a first-rounder in return for Eichel.

Now, RDS’ Francois Gagnon revealed what the Sabres are rumoured to be asking the Montreal Canadiens in return for Eichel if they want to remain in the sweepstakes. This is translated from French, François Gagnon explained this:

“According to reliable information, the Sabres’ request starts with the names of Nick Suzuki, Jesperi Kotkaniemi and Alexander Romanov. And they don’t intend to settle for just one of those three players. They also ask for prospects and picks. Personally, I would have no problem involving Kotkaniemi in the equation. Not more than one of the first-round picks and a few prospects. Jonathan Drouin’s name might also come up in talks. Who knows? “

The price tag for Eichel remains quite hefty as you can see above. That’s probably a hint at why the trade talks are absent at the moment. According to TSN’s Bob McKenzie, the Eichel talks were “dead quiet” ever since free agency opened on Wednesday. His colleague Darren Dreger has added that Eichel has now become the “forgotten superstar” on the market and that frustration level is increasing in his camp.

It looks like the Sabres are forgetting that Eichel played his last game of the campaign for the league-worst Sabres on March 7 before being ruled out for the remainder due to his neck injury. The team is reportedly refusing to share medical records with interesting parties, which is probably not helping.

Sportsnet’s Elliotte Friedman reported that the Canadiens made a lowball offer to the Sabres in order to pry Eichel out of Buffalo. It was below the threshold.  We can’t believe this is the Sabres’ counter offer…

Eichel is under contract through 2025-26 with a $10-million cap hit. We’ve heard rumours of many teams entering trade talks, not only the Golden Knights and Canadiens, but also the Minnesota Wild, Los Angeles Kings, Anaheim Ducks, Columbus Blue Jackets, Philadelphia Flyers and New York Rangers…

But for that price? Really?