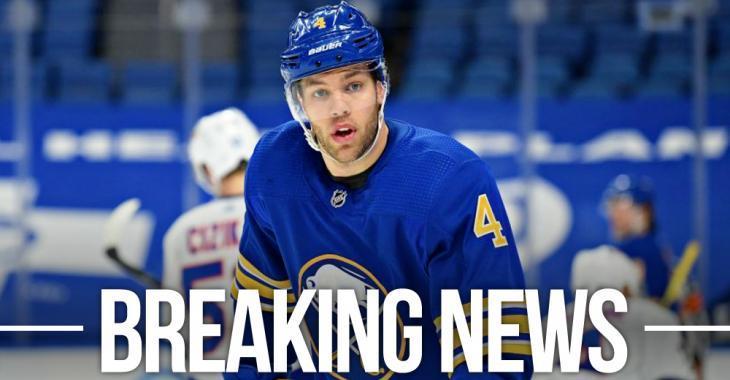 Buckle up, hockey fans... a Taylor Hall trade could be imminent.

When asked about Hall's availability for tonight's game against the New Jersey Devils, Buffalo Sabres head coach had a cryptic response.

If Hall does get moved either today or sometime this week ahead of next Monday's trade deadline, where will he end up? NHL insiders Darren Dreger and Pierre LeBrun have reported on the New York Islanders, Boston Bruins and Colorado Avalanche as frontrunners to land the former Hart Trophy winner.