NHL News : Sabres prepare for the worst when it comes to Eichel’s future…

How do they prepare for this?! 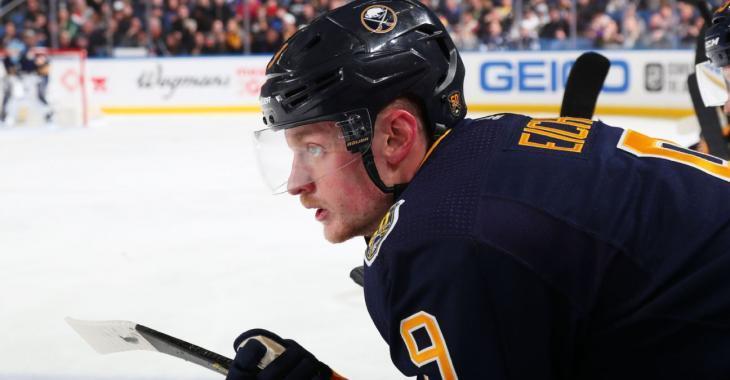 On Tuesday night, Buffalo Sabres captain Jack Eichel was ruled out from playing at the  Philadelphia Flyers because of an upper-body injury. NHL insider Elliotte Friedman has reported that Eichel could be out long-term.

This prompted the insider to kick off his weekly 31 Thoughts column on Sportsnet with some news on Eichel and the Sabres, who will need to make tough decisions in the near future. As Friedman puts it, he and the Sabres are going to take a few days to gather all information and consider all options.

While we all hope the rumours are wrong that Eichel could be out long-term, this bit of information has to be taken into consideration for the Sabres moving forward.

Friedman explains it brilliantly, stating that Buffalo and its general manager Kevyn Adams have scenarios ready for whatever comes at them.

“It’s hard to say how the Eichel news effects all of this, but one theory about what Buffalo is considering long-term is one plan with the captain, and one without him. Either way, the decisions involved are critical. I don’t believe for a second Adams is incapable, but I don’t think it would be a bad idea for the Sabres to add an experienced voice or two to this mix.”

This makes things even worse for the Sabres who are already struggling this season. GM Adams was quite clear about that when he met with media last week:

“I’ve been empowered by (ownership) to fix this, and that’s what I’m going to do,” he said in his press conference.

Let’s see how he can fix Eichel, who appeared to favour his neck after being checked into the end boards by Casey Cizikas of theNew York Islanders on Sunday.

Buffalo is in jeopardy of extending its playoff drought to an NHL-record matching 10th season. And yes, Eichel hasn’t had a taste of the postseason and who knows when he’ll get it if that injury is serious…