NHL News : Sabres players throw Eichel under the bus after team strips him of the captaincy

“All I can tell you is that he's no Sidney Crosby,” says one player. 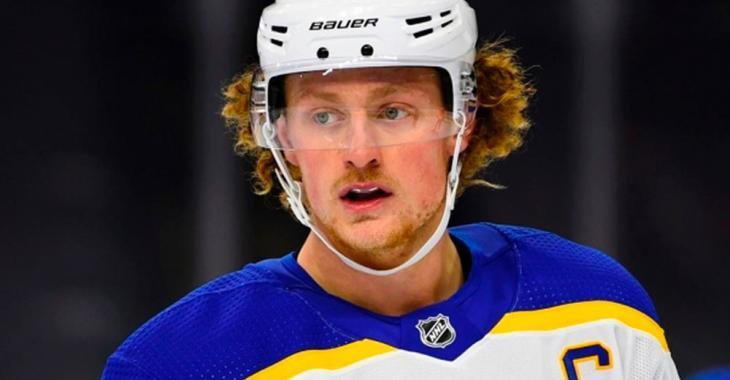 Buffalo Sabres general manager Kevyn Adams met with the media today ahead of the opening of his team's training camp and issued a bit of an update on the Jack Eichel situation. One, Eichel still has not surgery and therefore is not medically cleared to play. Oh and two, he's been stripped of the Sabres captaincy.

“I spoke to Jack two days ago, I spoke to the team yesterday and addressed this, Jack Eichel is no longer the captain of the Buffalo Sabres," said Adams to the assembled media. "From our perspective, the captain is your heartbeat of your team, and we are in a situation where we felt we needed to make that decision.”

It's hard to argue with Adams on this one, to be honest. I mean... Eichel doesn't want to be in Buffalo anymore, so how could he possibly be the captain? Removing him from the equation makes total sense, especially with the rest of the team getting ready for a pivotal season. What's interesting though is that at least a few Sabres players have come out to comment on Eichel's captaincy and... well let's just say that not everyone gave him a ringing endorsement.

Here's what former teammate Jean-Sebastien Dea (now with the Montreal Canadiens) had to say about Eichel:

"All I can tell you is that he's no Sidney Crosby. You see the difference in leaders when you walk into a room with Sidney Crosby. No matter who you are, your name, your pick rank, he'll take care of you. He will talk to you as if he were talking to a partisan, a young person he meets in the street."

If that's not a direct shot at Eichel, I don't know what it is.

Eichel, of course, requested a trade from the team this past offseason after a disagreement over an experimental neck surgery that Eichel and his camp feel is necessary. The Sabres maintain that a more conventional fusion surgery is preferred over the disc replacement surgery that Eichel is pushing for and this disagreement has ultimately led the two sides to seek an arrangement elsewhere. But... it appears the Sabres are having difficulty pulling the trigger on a deal.

While the Boston Bruins, New York Rangers, Los Angeles Kings, Vegas Golden Knights and Anaheim Ducks have all emerged in trade rumours, it doesn't sound like anyone has come close to meeting the Sabres' asking price. To me though, the Sabres have to put an end to this by any means necessary. Every day that this drags on only makes both sides look more and more foolish. The reality of the situation is that Eichel doesn't want to play in Buffalo anymore. We can point fingers all day long, but that doesn't change the fact that your captain wants out. So, from my perspective you have two options: 1. Trade him, or 2. Stick your head in the sand. It seems like the Sabres are happy to just let the situation play out with their heads buried in the sand.