This is getting nasty… 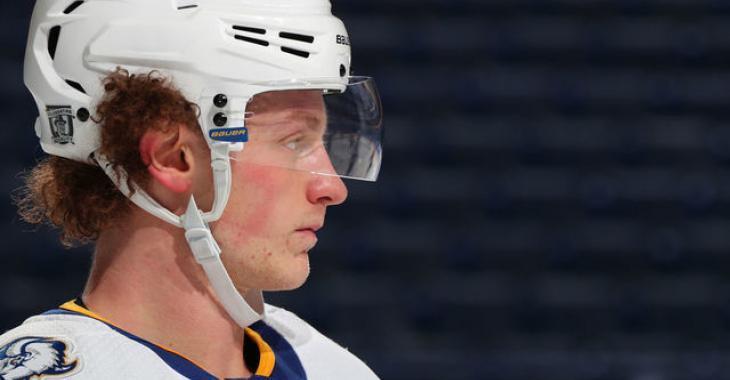 You know the story by now, the one told ever since Jack Eichel demanded a trade out of Buffalo. Since, he failed his physical at the Sabres’ training camp and was stripped of his captaincy on Thursday. His trade and future remain in an impasse all because the team and its franchise player remain at an impasse over surgery options.

And insider John Vogl of The Athletic is furious and calling out the Sabres for the way they are treating Eichel. Because this is not just about hockey. We are talking about a 24-year-old man’s life!

“The Sabres are wrong,” Vogl kicks off in his latest column.

“They’re denying him a basic human right to decide what’s best for his body. They’re holding his career hostage. Despite words to the contrary, they’re thinking about the player first and the person second.”

As you know, Eichel favors having artificial disk replacement surgery. The Sabres are against him having the procedure because it has never been performed on an NHL player. However, the Sabres’ way means that a patient could have three surgeries in 20 years.

This could ruin Eichel’s life, the one he plans on having outside the rink.

“What I’ve tried to do is just ask questions of Jack, too, and help him understand where our doctors are coming from,” GM Kevyn Adams said to Vogl. “Our doctors have done, in my opinion, an unbelievable job providing clarity to Jack in why, if we got to this point and he had exhausted his rehab process, why they felt this would make sense, why they felt that this was the appropriate next step.

“There’s been great communication, just maybe a difference of opinion.”

But Vogl is adamant: this is a life-altering decision that Eichel should be making on his own.

This is about money. And getting the best return for the former captain. Eichel switched agents last month and is now represented Pat Brisson, who can make tough moves when necessary.  Eichel is under contract through 2025-26 with a $10-million cap hit and GM Adams is believed to be asking for a hefty return in exchange for his captain: he is reportedly seeking and not budging from his demand of the equivalent of four first-round picks,  which could be anything from young, established roster players, A-level prospects, or actual first-round draft picks in the next two NHL drafts.

Adams will stick to his plans… and Vogl maintains that it’s “ just wrong.”

Habs have plan B if Kraken had taken Carey Price!
Subscibe to
Our NEWSLETTER
Receive the best articles of the web directly in your email