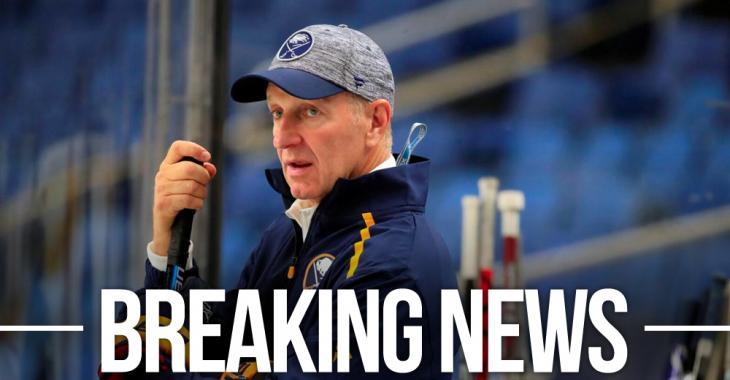 This just in, the Buffalo Sabres have announced that head coach Ralph Krueger has tested positive for COVID-19.

The Sabres, you may recall, have effectively been shut down by the NHL following an outbreak on the team. It's theorized by fans and analysts that the Sabres players contracted the virus after facing the New Jersey Devils who have also been placed into quarantine. The NHL has gone on record saying that in-game transmission of COVID-19 is impossible. And now this. Oh... and now the NHL has removed glass and boards from behind the players' bench to increase air flow and air quality. But... in-game transmission isnt' an issue, right? Riiiiiiiiight.

$38.5 million contract for Hyman in Edmonton after Leafs refuse sign and trade!
Subscibe to
Our NEWSLETTER
Receive the best articles of the web directly in your email