What on earth is happening in Buffalo!?!? 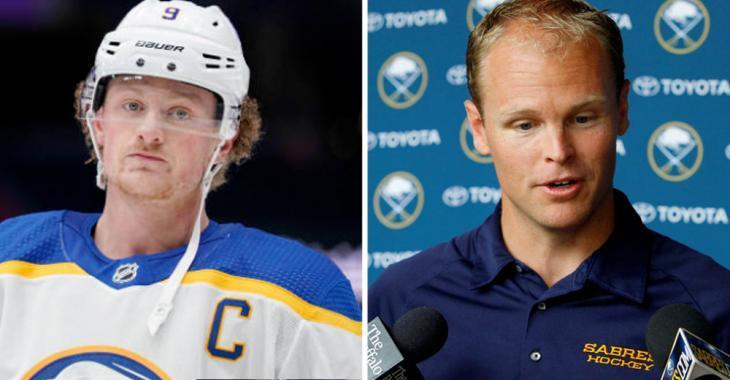 John Vogl, Buffalo Sabres insider for The Athletic, got some absolutely wild quotes from Sabres GM Kevyn Adams this morning regarding ongoing trade negotiations for captain Jack Eichel and... well... honestly, I don't know what to think of it all.

I mean, just look at these quotes from Adams:

"What's critically important to make sure is clear is that we're in control of this process. We have a player under contract. We don't feel any pressure. If there's a deal out there that we feel is the right thing for the Buffalo Sabres, that's going to help us improve - whether that's improve right away or improve down the road, those are all the things weigh - we'd be open to it. But we're not in a position where we feel we're just going to do something to do it. That doesn't make any sense. But those conversations are continuing to go."
"We want players that want to be here. I'll start with that. But we have players on our team that are under contract, and we aren't going to do something that we don't think makes sense for our franchise."

Reading between the lines here, I'm willing to bet that Eichel never plays for the Sabres again but there's a chance the team could go into the 2021-22 season with him still on the payroll. Might we be looking at an "Eric Lindros-like" situation where Eichel sits out an entire season in protest? Old timers will remember when Lindros sat out the entire 2000-01 season after demanding a trade from the Philadelphia Flyers. With the way that the the Sabres and Eichel have both dug their heels in on this, I could absolutely see Eichel missing the entire season. But... how would that help the Sabres? They'd be best to move him this offseason while his value is still reasonably high. Will they get full value in return? Unlikely, but Eichel's value will only continue to drop the longer that this soap opera plays out.