NHL News : Sabres could package Eichel and Ristolainen in a blockbuster trade out west!

This is getting serious… 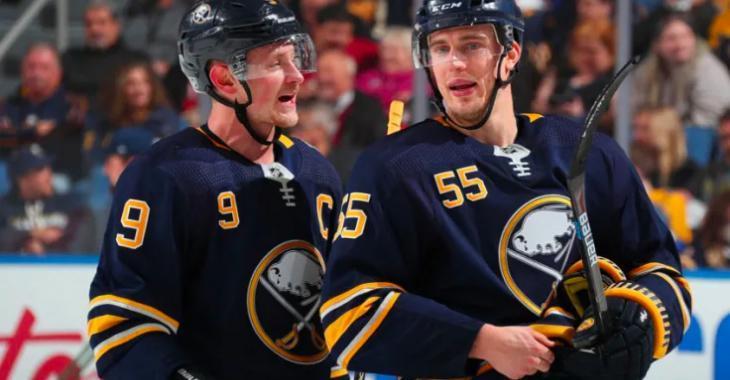 There is a sense that a Jack Eichel trade could take place before the end of the postseason, and the Buffalo Sabres are surely amping up the talks. Earlier this week, TSN’s Pierre LeBrun noted that the Sabres will be expecting to demand a 2021 first-round pick as part of their return for Eichel, putting the timeline for a deal ahead of the July 23 NHL Draft. The insider lists the Los Angeles Kings, Minnesota Wild, Anaheim Ducks, Columbus Blue Jackets, Philadelphia Flyers and New York Rangers among the many clubs that could make sense as a landing spot.

Now, Elliotte Friedman added more to the speculations as he explained on the air of The Instigators on Thursday that a source has informed him that there is a possibility Rasmus Ristolainen could be packaged Eichel in a trade.

The same rumour goes to Sam Reinhart, whose name has been mentioned more than once in trade chatter, as he could be the once packaged with the defenseman.

The Ducks, who lost out on the Pierre-Luc Dubois trade back in January as the Columbus Blue Jackets chose to do business with the Winnipeg Jets, are serious about acquiring Eichel and even Reinhart.

Anaheim holds the third overall pick in this summer’s draft.

We all got the sense that Eichel wanted out of Buffalo. The Sabres won the lottery and have the No. 1 pick for the upcoming draft this summer, but they might end up with another pick in the first ten selections if the rumours state true and if the Sabres make a huge package to get this blockbuster trade going.

Reinhart finished this season with 25 goals and 40 points in 54 games on one of the worst teams in the league. He is already receiving a lot of interest on the trade market and could allow the Sabres to get another first-round pick in a return package.