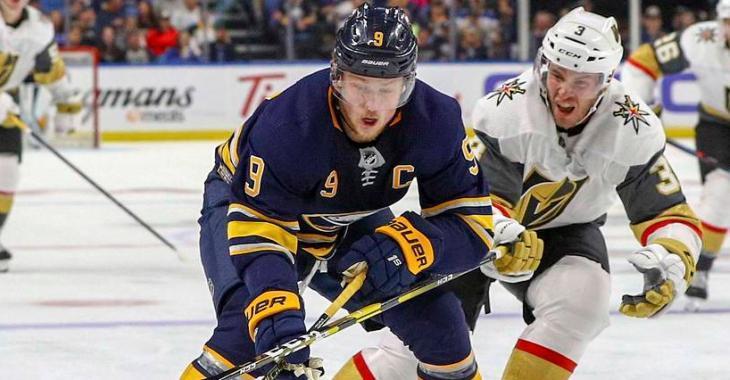 The Vegas Golden Knights might not done shocking us, folks. Earlier today, they did so by trading beloved goalie Marc-Andre Fleury to the Chicago Blackhawks in return for pretty much nothing and now it seems like they might be getting closer to acquiring Buffalo Sabres captain Jack Eichel.

By Ryan Kennedy, the Sabres are demanding Reilly Smith, Peyton Krebs, Nic Hague and a first-rounder in return for Eichel. This is the first time we have a clear look at will come in a return for the Sabres’ captain.

It feels like the Sabres have been getting closer to moving their captain, especially after pulling moves with forward Sam Reinhart (who was traded to the Florida Panthers) and defenseman Rasmus Ristolainen (who was shipped to the Philadelphia Flyers).

However, the price tag for Eichel remains quite hefty as you can see above.

Trade chatter has been lot in Buffalo ever since the captain admitted that he would mull over his future with the organization this summer. He was especially upset with the Buffalo Sabres’ demands not to undergo surgery on the herniated disc in his neck. Eichel went on to say that there’s a “disconnect” between him and the Sabres organization regarding a neck injury that he suffered and that his focus is on getting healthy for next season “wherever that may be.”

Ahead of the NHL draft on Friday, it was reported that the Sabres were demanding a first round pick in the return and it looks, per Kennedy, that it remains the same for 2022.

Will the Golden Knight make another shocking move?