The former member of the Avalanche is feeling pretty confident right about now. 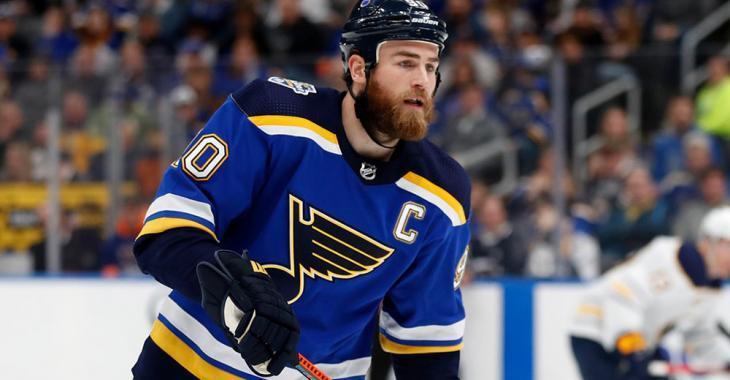 The St. Louis Blues hoisted the Stanley Cup for the first time in franchise history nearly two years ago in June of 2019, and if they have any visions of a second title in three years dancing in their heads, they'll have to run the gauntlet in the 2021 Stanley Cup Playoffs - beginning with a date against the President's Trophy winning Colorado Avalanche.

The captain of the St. Louis Blues is one Ryan O'Reilly, whom you may remember got his feet wet in the National Hockey League as a member of the Avalanche for several years before being dealt to the Buffalo Sabres in a June 2015 trade. He also happened to win the Conn Smythe Trophy as the most valuable player in the 2019 postseason, putting up 23 points en route to his first championship ring.

He'll be facing his old team in their upcoming first round series, and let's just say that he's feeling pretty confident. In fact, don't be surprised to see his comments become bulletin board fodder for Colorado.

"It's exciting for us," O'Reilly said Thursday night. "We know we can beat this team and do some damage here."

"We know that they have a lot of talent over there and they work hard, but for us, it's an exciting challenge," the Blues star added. "We're going have some fun and we're going to beat them."

With 24 goals and 30 assists in all 56 of St. Louis' games this season, it was a productive campaign for the first-year captain since the departure of Alex Pietrangelo to the Vegas Golden Knights in free-agency this past offseason. And St. Louis is entering the annual dance on a high note, having gone 8-1-3 over their final 12 games.

Of course, the Blues will have their work cut out for themselves against Colorado, who scored not only the most goals of the 31 NHL teams in 2020-21, but also gave up the third fewest.

Game 1 of their upcoming series will face-off at Ball Arena in Denver on Monday night. Will O'Reilly and the Blues be able to make good on his promise, or will Colorado enjoy the kind of playoff success against St. Louis they earned in 2001?