The 27 year old former #1 pick could hit the open market as a free agent. 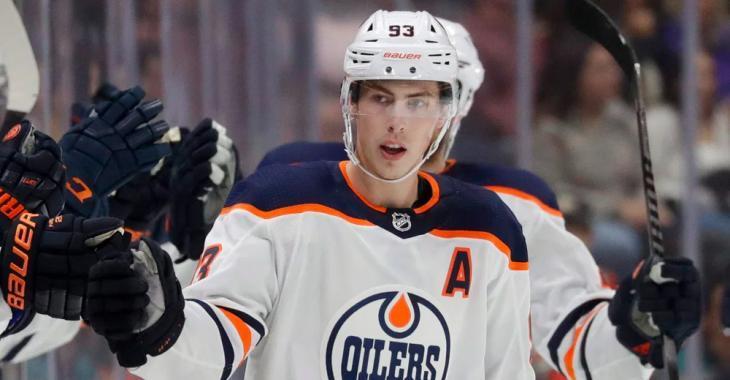 Edmonton Oilers forward and pending unrestricted free agent Ryan Nugent Hopkins has elected to table contract negotiations with the team until the 2021 season is over.

"His agent, Rick Valette, and I had many conversations during the two weeks around free agency in October," Oilers general manager Ken Holland told Ryan Frankson of the team's website. "But the marketplace has changed so much that basically our conversations have ended, and I would hope at some point once we get up and running we can pick back up and see if we can find a solution to keep Nuge in an Oilers uniform. Certainly that's my goal, but the deal's got to work for both Ryan and the Oilers."

It was reported as recently as October that Holland and Valette were close on a new long-term contract, so it's a little unsettling to here that both sides have effectively pulled the plug on those negotiations.

"Obviously a weird, different time to be talking contracts," Nugent-Hopkins said. "Right now I'm just focused on getting the season started. In my mind, I know it's there, but I'm going to put it on the back burner and just really focus on getting the season going and getting started the right way."

The 27 year old former 1st overall pick in the 2011 NHL Entry Draft is playing out the final season of a seven year deal worth $6 million per season. He put up an impressive 61 points in 65 games last season the highest point per game output of his nine year NHL career.

Vasilevskiy’s questionable equipment controversy finally explained!
Subscibe to
Our NEWSLETTER
Receive the best articles of the web directly in your email