NHL News : Ryan Miller gets emotional as he officially announces his retirement from the NHL 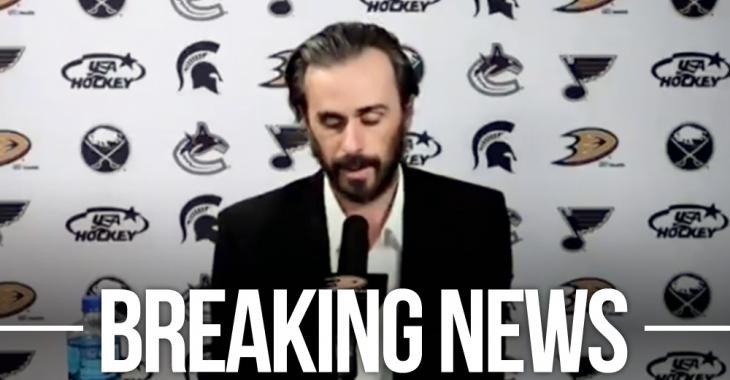 Earlier today the Anaheim Ducks announced that goaltender Ryan Miller will retire from the NHL at the conclusion of this current season.

Then, just a couple hours later Miller himself met with the media to issue a statement and take questions about his pending retirement.

Check out the Zoom press conference below:

The 40 year old netminder has played 794 career games split between the Ducks, Vancouver Canucks, St. Louis Blues and Buffalo Sabres. He's obviously most well known for his time with the Sabres with whom he won a Vezina Trophy as the league's best goaltender in 2010.

Miller is also an Olympic silver medalist and in 2019 he surpassed John Vanbiesbrouck as the all-time winningest American-born goaltender in NHL history. Needless to say, Miller has put together an outstanding career.

All the best to him and his family in retirement.

Sam Bennett facing the first suspension of the Stanley Cup Playoffs.
Subscibe to
Our NEWSLETTER
Receive the best articles of the web directly in your email