NHL News : Ryan Johansen is terribly pissed off in interview as Preds’ season gets worse

This is unintentionally the funniest mid-game interview. 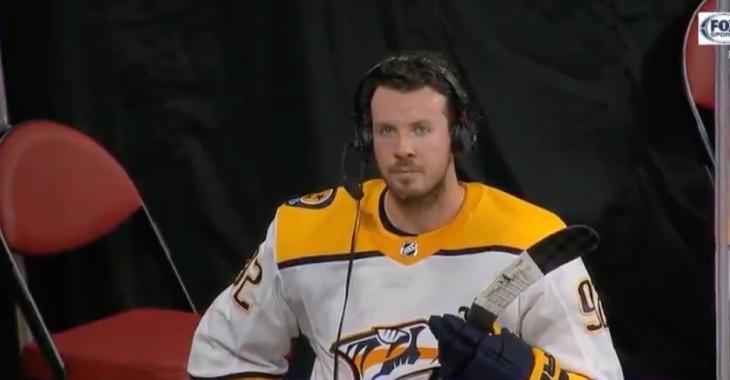 It has been a rough season for the Nashville Predators, who lost another one on Thursday night and currently sit sixth in the Central division with a 11-15-1 record. As they were getting a beat down at the hands of the Carolina Hurricanes last night, forward Ryan Johansen was asked to be interviewed in the second intermission and you can tell the guy is pissed off.

The Predators are in danger of missing the postseason for the first time since 2014, and when they were down 4-0 against the Canes last night, Johansen was asked if they were victims of bad lucky bounces.

He is so pissed and wants to get back to action to win this game and so he couldn’t have been more blunt while taking questions after 40 minutes of play.

You have to admit this is pretty funny and we get why it has gone viral.

Johansen didn’t score the five goals as the Preds lost 5-1 to the Hurricanes and are now 28th in the league in goals for per game with an average of just 2.30.

NHL players are getting vaccinated!
Subscibe to
Our NEWSLETTER
Receive the best articles of the web directly in your email