NHL News : Rumour: Tomas Hertl to pull what Joe Thornton did in Toronto? 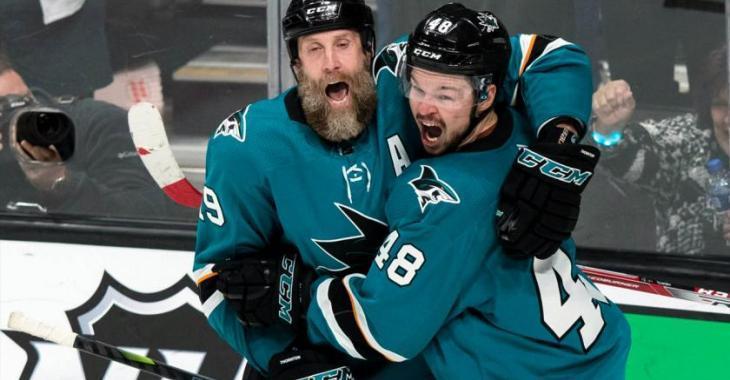 Tomas Hertl keeps drawing attention in the rumour mill even since he expressed his uncertainty about his future with the San Jose Sharks. We do not know if Hertl and the Sharks will reach an agreement on a contract extension before his unrestricted free agent eligibility next July.

This prompted the trade chatter to get going and on Tuesday night, Pierre LeBrun talked some more about what could happen to Hertl closer to the March, 21st deadline on the air of Insider Trading on TSN.

“Tomas Hertl would be a big name and it’s pretty rare for a centre of that calibre to move in season. What’s going on is that he’s entering the final year of his contract where he’ll be an unrestricted free agent on July 13th. The Sharks would have loved to have extended him this past summer, but my sense was Hertl just wasn’t ready to enter that type of conversation. So where does this go? If the Sharks are out of a playoff spot come March 21st trade deadline and Hertl doesn’t have a change of heart, I think that’s a guy that could be in play. A lot of teams are keeping an eye on that.”

When it was first speculated that Hertl might be moved, what was heard about his asking price was actually quite steep. GM Doug Wilson could seek a first-round pick and at least one high-profile prospect center or defenseman already NHL-ready or one that could be within a year or two.

It didn’t take long for teams and their respective fanbase to wonder if Hertl could be a good fit for them and the Boston Bruins came up several times as a potential destination. It prompted Boston Hockey Now’ Jimmy Murphy to wonder if the Bruins might be interested in acquiring Hertl, suggesting that they could offer up a first-rounder and center Jack Studnicka as the centerpiece for Hertl, envisioning him signing with the Bruins.

The Mercury News recently reported that Hertl had an interesting answer when asked about accepting a hometown discount to stay in San Jose. He cited former Sharks teammate Joe Thornton accepting less money to sign with good teams. “I like that idea,” he said. “You can go somewhere else, sign the maximum, even maybe too much, but you’re losing for the next eight years.”

Could Hertl chose to sign or be traded to a contender and stay there for less money in order to hoist the Stanley Cup?

As LeBrun points out, it is pretty rare for a center of this caliber to move during the season, but Hertl could be the one to bag his bag and join another team this spring.

NHL insider believes Patrik Laine is headed to one of two possible teams.
Subscibe to
Our NEWSLETTER
Receive the best articles of the web directly in your email