Dreger dropped a bomb in this ongoing saga! 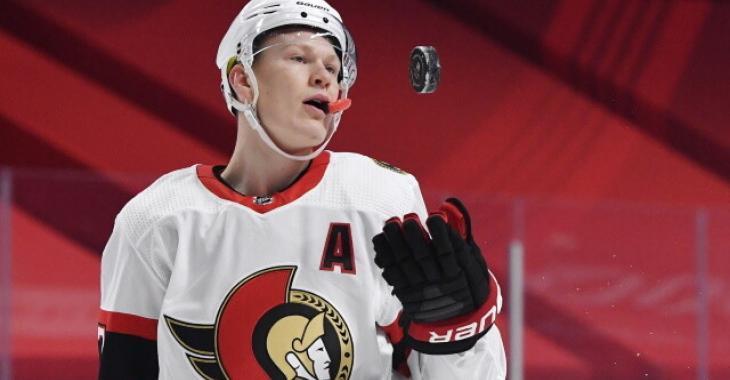 The Senators have reportedly approached Tkachuk’s camp with an eight-year, $64 million contract. While the two sides aren’t far apart regarding the dollars, the structure of the deal remains a sticking point. Earlier this summer, we found out that while Tkachuk loves his teammates in Ottawa, he would like to see what GM Pierre Dorion and owner Eugene Melnyk plan to do to keep players on the roster long-term. Insiders have been wondering if a bridge deal could be the solution though it sounds like a lot of things are going wrong in the current discussions.

On Friday on the air of TSN 1050, insider Darren Dreger started speculating on a short-term deal and how it could potentially lead to Tkachuk getting traded by owner Melnyk, who wouldn’t want to have another stalemate with the young player once that contract comes to and end.

“If he goes on a 3-yr bridge, I don’t think Brady Tkachuk makes it past year 2, maybe early into year 3. As long as Melnyk is the owner of the Ottawa Senators he’s not going to want to wrestle with another dispute and now we’re starting to speculate on trade”.

This is tough to swallow by Senators’ fans, who already don’t have much love for Melnyk. On top of that, it does not sound encouraging when we get back to the current negotiations.

Tkachuk, who’s still four years away from free agency, clearly wants to know what the team’s long-term plan is to make a sound decision. Earlier this week, the Senators stated that they feel comfortable starting off the 2021-22 season without Tkachuk in the lineup.

This is bad news on top of bad news…