This could be the end of an era… 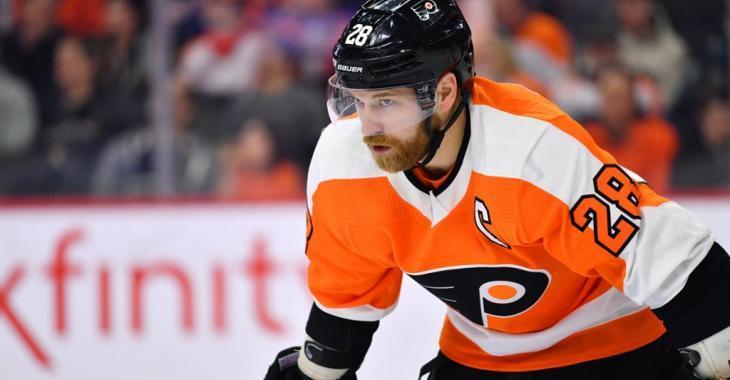 Philadelphia Flyers captain Claude Giroux is entering the final season of a contract that he signed back in the summer before the 2013-14 season and is in no rush to re-sign for now.

While Flyers’ management and Giroux’s camp have had brief conversations in regards to the expiring contract, it is now reported that both sides have agreed to take a step back from those and let the season play out before they work on an actual deal. It sounds like the captain wants to see what happens in the near future for Philadelphia, who has failed to compete in the postseason this past spring and made it to the second round in the Toronto bubble in 2020, before fighting themselves out of the running.

On Tuesday night’s edition of Insider Trading on TSN, Gino Reda asked the question everyone is wondering now: could the Flyers and Giroux be breaking up down the road? This is Pierre LeBrun’s answer:

“That remains to be seen, I still think there’s a chance that he plays his career there. But, what they’ve agreed to is that, he’s entering the final year of his deal, as we’ve just mentioned time flies, his eight-year contract that he signed in July of 2013 expires at the end of the season at which point he’ll be a UFA. Claude Giroux, his agent Pat Brisson, and the Philadelphia Flyers mutually agreed at an off-season discussion that they would not look to extend right now, that they would all play out the year and see how they all feel, how the team feels, how he feels, the Flyers captain, before making those decisions. So, still a chance he signs after the season; there’s no rush, but it is interesting, that unlike a lot of other prominent players that are entering their final year that he chose not to extend.”

Giroux has spent a total of 14 seasons with the Flyers organization, making his debut midway through the 2007-08 season as an emergency call. We bet he would love to get back to closer to the Stanley Cup as he did in 2010 when he led the Flyers with 10 goals and 21 points in 23 postseason games. Philly unfortunately lost out in six games to the Chicago Blackhawks.

Giroux has played 943 games in the Flyers sweater. In that time, he has scored 273 goals and 585 assists. He might be starting to wonder if he could not only rack up points elsewhere, but also hoist the Stanley Cup with a different team.

There is no doubt that it would be a huge blow to the Flyers to lose Giroux, maybe they’re not worried about that and feel comfortable waiting for those contract negotiations.

But you have to wonder what Giroux is thinking for his career.

Shaw opens up on concussion issues, talks about retirement
Subscibe to
Our NEWSLETTER
Receive the best articles of the web directly in your email