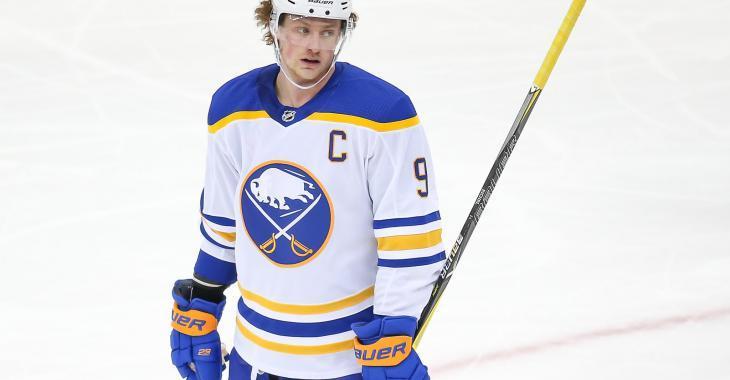 You know it, and he knows it : the clock is ticking. Training camps are less than a week away and fans are still waiting to see if Jack Eichel will be traded ahead of the 2021-22 season.

We know how serious Eichel is about getting shipped out of Buffalo as he recently hired agent Pat Brisson to make things happen. While he is still waiting to undergo surgery on a neck injury, the main issue is the asking price from Sabres’ GM Kevyn Adams. He is reportedly seeking and not budging from his demand of the equivalent of four first-round picks,  which could be anything from young, established roster players, A-level prospects, or actual first-round draft picks in the next two NHL drafts. But there aren’t many teams with the roster pieces and draft capital available to make that kind of offer to the Sabres…

Last week, Sportsnet’s Elliotte Friedman reported that the Sabres had re-engaged talks with interested teams after meeting with Eichel’s agent. Steve Carp of Vegas Hockey Now believes that the Golden Knights are in the mix, but acknowledged the questions and uncertainty over which medical procedure Eichel could undergo for the herniated disc in his neck.

However, what could make the Golden Knights the new frontrunners for Eichel is that the team is known to take risks. Once healthy and ready to go, Eichel could become the bonafide No. 1 center the Golden Knights have lacked since Day 1.

Vegas needs to be careful however on what the asking return would be. The Knights would be forced two players from the current roster to free up the cap space for his $10 million annual average value. Eichel is under contract through 2025-26 with a $10-million cap hit. And we still have no clue where he will play next season.

This might mean that a third or a fourth team would need to be involved to make the dollars fit. And you just know the Sabres will also insist on first-round draft picks and a top prospect such as Peyton Krebs as part of the deal. From the start, the asking price has been astronomical!

Earlier this season, it was rumoured that the Sabres had asked Vegas for Krebs, winger Reilly Smith, defenseman Nicolas Hague and a first-round pick.

Despite the hefty price and the need to involve more teams, Carp strongly believes that owner Bill Foley is willing to pull the trigger on this Eichel trade as he thinks he is the missing piece to win the Stanley Cup.