NHL News : Rumour: Multiple teams in the running to trade for Subban

Would you want your team to go after him? 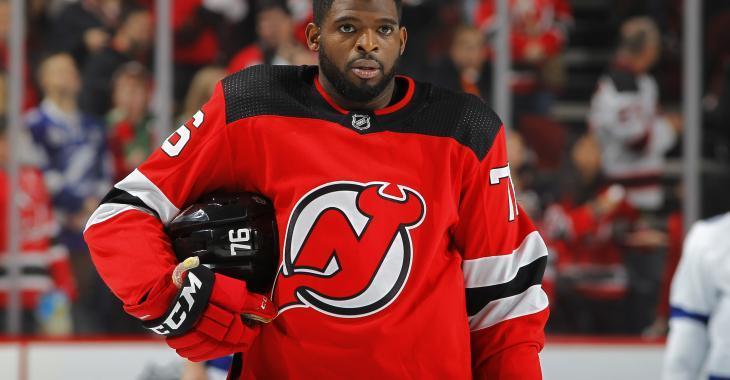 This wouldn’t be the first time we heard the name of New Jersey Devils defenseman P.K. Subban in the rumour mill. Of course, the guy has been on the move twice in the past with a blockbuster trade that sent him from the Montreal Canadiens to the Nashville Predators, who later flipped him to Jersey. But another move could be in the cards for the veteran blue liner.

Jimmy Murphy of Boston Hockey Now reported that multiple teams in the running to acquire Subban in a trade. While he did not name which teams could have interest in the 2013 Norris trophy winner, he believes the Boston Bruins fanbase would love to have him on the roster. Earlier this summer, insider Andy Strickland had also mentioned that Subban was ready to pack his bags once again in his career.

However, Subban isn’t the 23-minute-per-night workhorse like he once was. He put up just five goals and 19 points in 44 games with the Devils this season and managed just seven goals and 18 points in 68 games last season. Both of those totals are the worst in his career since breaking into the NHL in 2010.

The good thing is that he is  in the final year of his contract and could be looking to impress to make sure it could lead to a really big payday ahead of free agency.

But the team acquiring team would have to swallow his $9 million salary, unless the Devils agree to absorb part of it. This will be a fun one to keep an eye on.